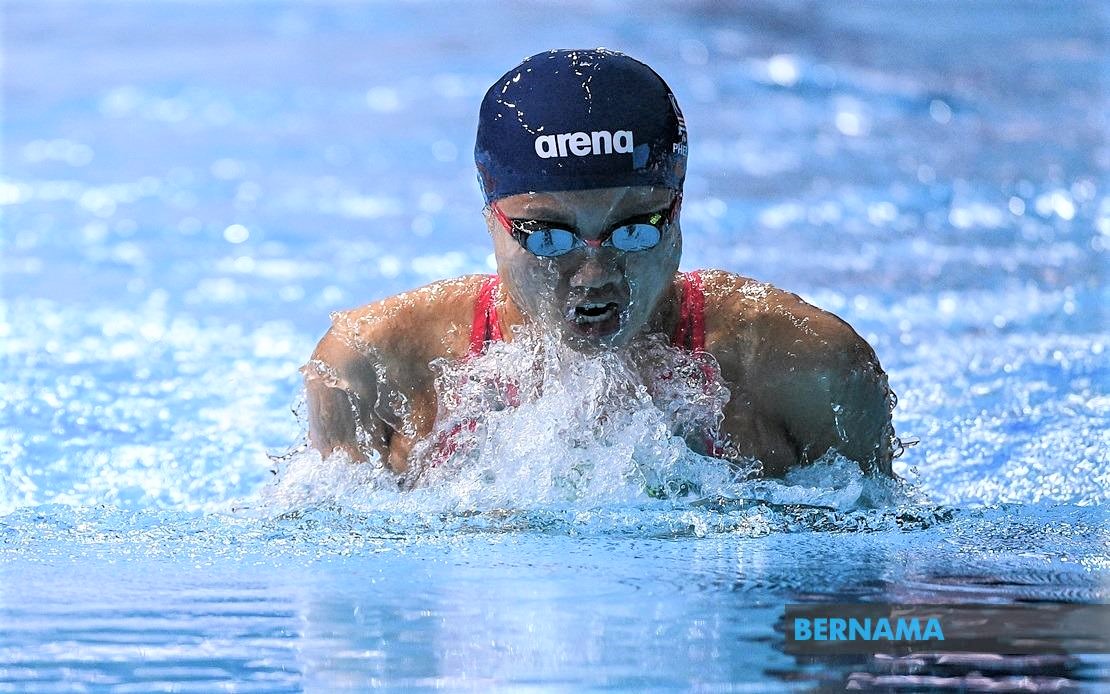 TOKYO: National swimmer Phee Jinq En had only one goal in the Tokyo Olympics, rewriting her own national record in the women’s 100 metre (m) breaststroke event.

And she managed to keep her promise in stylish fashion in the Heat Two race held at the Tokyo Aquatics Centre, yesterday.

“I am satisfied and happy to the break national record and achieving my personal best,” she said in an audio recording shared to the media today.

Not only that, Jinq En came out second best in the heat, just inches behind Slovakia’s Andrea Podmanikova who did 1:08.36s.

However, Jinq En’s time was still not fast enough to be placed among the top 16 swimmers to advance to the semi-finals, to be held today.

Jinq En ended up 29th out of 43 competitors in the overall ranking.

Meanwhile, it is not the end of the road for Jinq En as she still has one final shot at going further in the Tokyo Olympics.

She is set to feature in the women’s 200m breaststroke event on Wednesday (July 28).

Meanwhile, another Malaysian swimmer, Welson Sim Wee Sheng said it was a privilege for him to have represented the country for the second time in the world’s biggest multi-sports Games in Japan after Rio 2016.

Despite his early exit after failing to shine in both events that he took part in, Welson was delighted to have set a personal best at the Tokyo Olympics.

The 24-year-old Sarawakian hopes to continue to represent Malaysia for the next few years and will shift his focus towards three major outings next year, namely the SEA Games in Hanoi, Vietnam; Commonwealth Games in Birmingham; and Asian Games in Hangzhou, China.

He also hopes to see more Malaysian swimmers be given the opportunity to train overseas, saying it would help them to perform better. – Bernama