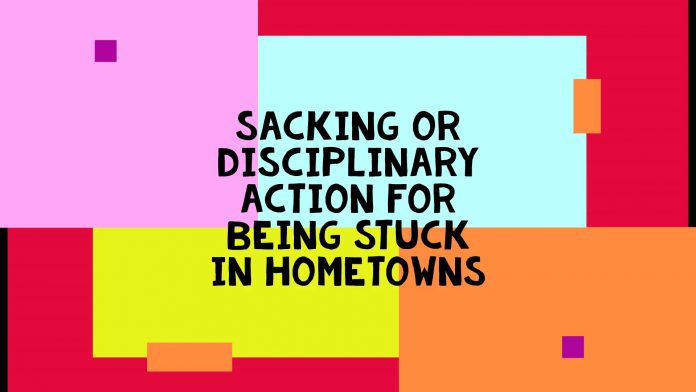 KUCHING: The termination or disciplinary action permitted towards employees stuck in their hometowns after violating the conditional movement control order (CMCO) to celebrate Hari Raya Aidilfitri have received mixed reactions from members of the community.

Malaysian Employers Federation (MEF) executive director Datuk Shamsuddin Bardan in earlier media reports had said that private sector employees who had breached the directives of the CMCO and were now stuck in their hometowns could be laid off if they failed to report to work for two consecutive days.

With regard to civil servants, Public Service Department director-general Datuk Mohd Khairul Adib Abd Rahman said that employees in such a situation would have to face disciplinary action if they did not return to work after Hari Raya Aidilfitri.

The penalty for this could be disciplinary action or termination. If the employees wished to return to their jobs, a compound would be imposed on them.

Malaysian Trades Union Congress (MTUC) Sarawak secretary Andrew Lo was of the view that threats of sacking were counterproductive, stressing that employers and workers needed each other to find solutions.

“I just hope that employers are not as myopic and extreme as Shamsuddin. At this critical time in our country and economy, we need a proactive and innovative approach which requires cooperation from all stakeholders,” he told New Sarawak Tribune today.

He appealed to employers to have a softer heart towards those stuck in their respective hometowns, and employees to understand their employers’ difficult situation during the CMCO.

“Meeting parents and close family members online using Zoom, Facetime, or WhatsApp video call would allow employees to see their family members, though they are separated by distance.

“On the employers’ side, it is legally justified to terminate a staff member who has failed to come to work for two continuous days without an acceptable reason. If such a case happens, the employee’s terms and conditions of employment need to be applied,” he remarked.

Training consultant Nurul Hayyu Mohidin, 29, said that instead of applying disciplinary action, compound, or termination, employers should try to understand the situation.

“I believe that employees should still be able to come back to work as long as they have a work order letter and are confirmed to be Covid-19 negative. Perhaps they should provide such test results before they come back to work,” she said.

She pointed out that rules pertaining to balik kampung had changed as well, with the public first being allowed to go back to their hometowns and then disallowed thereafter.

Marketer Premnen, on the other hand, was of the view that the punishment for offenders should be greater — such as being both laid off and issued with a compound.

He shared his reasons, from the point of view of doctors such as his brother sacrificing so much to curb the spread of Covid-19 while others crossed borders to celebrate Hari Raya Aidilfitri.

“Offenders have to face the consequences of their actions. I have seen people get laid off from work for less — but in this scenario, they could be spreading the virus and they also violated the travel ban,” he said.

Assistant medical officer Rhafiq Saufi, 26, also shared a similar view, pointing out that the order and standard operating procedure (SOP) by authorities should be obeyed by all regardless of whether they were in the private or government sector.

He said even if the Hari Raya atmosphere was far different without balik kampung, this was the new norm which had to be accepted as those who returned to their hometowns from urban areas ran the risk of being Covid-19 carriers and therefore endangering their loved ones.

“The Health Ministry is working tirelessly to handle the pandemic; many did not return to their hometowns and instead were on duty without any breaks. We are wearing out. We also have families and we are risking our lives for the nation.

“However, many are still errant and the cases are still ongoing,” he said, urging the public to persevere and comply with the government’s orders and SOP.

Meanwhile, engineer Sean Edward Leong, 27, said that considering that interstate travel had been banned even during the festive season, this knowledge would have been on the minds of those travelling back to their hometowns.

“So long as all the affected employees have been briefed on their company’s policy, I believe that the disciplinary action that is to be taken in accordance with their company policy is well-grounded and fair,” he opined.

Rimuan waterfall potential to be developed

Why lah info on rabies is so slow?