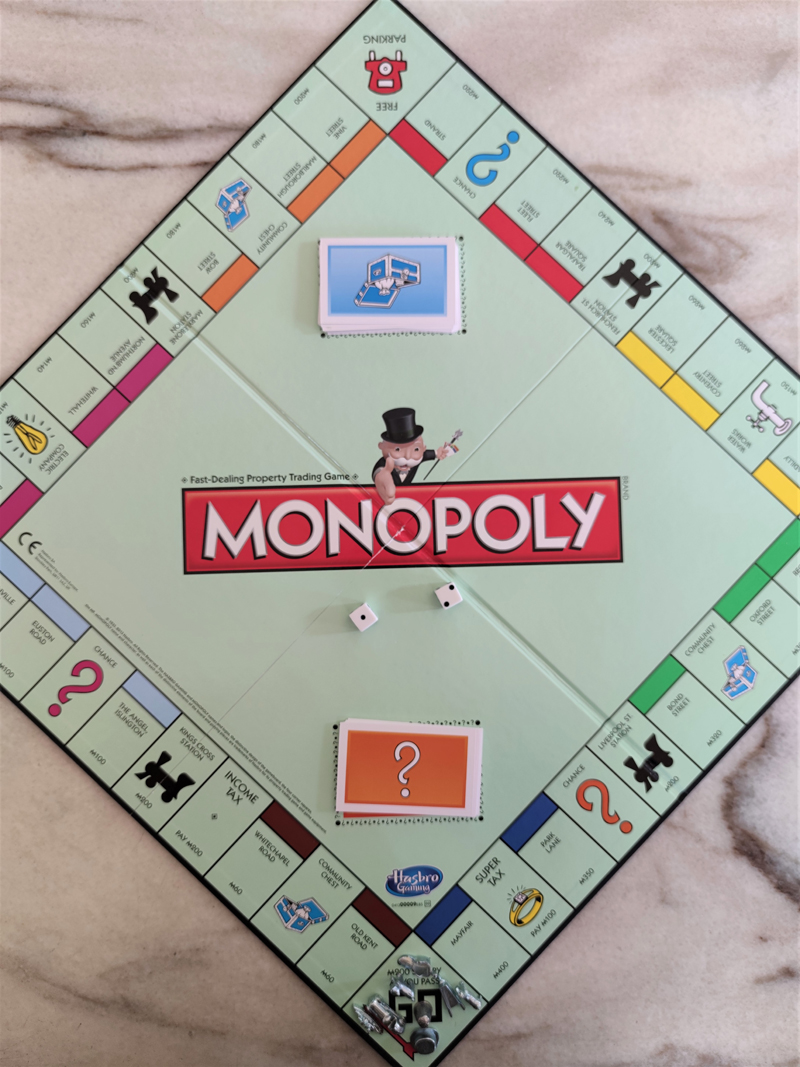 Monopoly has been around since 1935. After the inception, countless editions have been released. Among them are the Junior, Ultimate Banking, Millennials, and Cheaters edition.

The more you earn, the richer you get

The history of the Hasbro-owned board game, Monopoly, traces back to the early 1900s. However, when the game was first introduced by Lizzie Magie, it was not called Monopoly. Rather, it was called “The Landlord’s Game”.

The game was invented as an educational tool to illustrate the negative aspects of concentrating land in private monopolies and to showcase how an economy would thrive better without monopoly which has driven inequality within the economy of the American industries.

First published in 1935 by Parker Brothers (soon absorbed into Hasbro), the Monopoly got its name from the definition to dominate the market by a single entity.

Up to date, Monopoly has become a favourite among board game players as they race to conquer the market in order to win. In Sarawak, most of the board game sold in local toy shops are the British version, where the locations reflect England’s prominent roads.

Each game starts with the roll of two dices by the players. Players go through the board and purchase real estates, and at the same time collect money (or lose them) and if they get unlucky, go to jail. The loser at the end is the player that goes through bankruptcy after their inability to pay rent.

The classic Monopoly is a simple, straightforward game, which, at times, could ruin relationships as players go through hard times and arguments during the game.

Since its inception, Monopoly has been the craze and had gained popularity from the number of different editions following the success of the classic. From movies to game themes — Monopoly now has countless versions.

Those who are not fans of any themed-edition by Monopoly, can also try different ways to play the game through different editions — Junior, Ultimate Banking, Millennials, and Cheaters edition — among many others.

These different variations, while holding the same concept and follows the basic rules as the classic, put a whole different perspective of the game.

In the Junior edition, the name itself is obvious as for whom this edition is aiming for. Since the classic version can be too hard for children to understand, the franchise came out with a junior version.

With only 20 (two players), 18 (three players) or 16 (four players) Monopoly money to spend throughout the game, the junior version is more direct compared to the classic. There are no houses or hotels to buy, and there is just one dice to roll.
Since the inception of the Junior edition, there have been different themes under this edition. That includes the animated-movie “Frozen” and “Disney Princesses” edition.

Recently released, the Ultimate Banking edition is a significant upgrade from its Electronic Banking edition. The former comes with a banking machine with numbers on it for players to manually tap in their money.

On the other hand, the machine that comes with the Ultimate Banking edition is automatic. All the players need to do is tap the location, then tap their respective credit card to pay the rent. It is one of the things the machine does to complement the game.

Overall, it is an easy and fast game as players fall into bankruptcy easier compare to the classic as rents in the Ultimate Banking increases every time someone steps on the location.

On the box, the tagline ‘Forget real estate, you can’t afford it anyway’ gives away hints to play this edition. At the beginning of the game, players are only given 100 Monopoly money as opposed to the classic (1,500 Monopoly money).

With limited funds, this game emphasised how broke Millennials in reality, can be. Instead of locations, the spaces comprise ‘destinations’ — such as ‘parent’s basement’, ‘friend’s couch’ and others.

The game reflects the Millennials community in a way that instead of earning money, this generation prefers experiences. Hence, to win, players must collect experience chips throughout the game.

The name of this edition says it all. This game is the gateway for players to cheat their way into winning the game.

Whether it is stealing money from the bank or other players, or skipping jail without paying the penalty, this game test its players’ vigilance to the maximum.

At the beginning of the game, players choose five cards from the ‘Cheat cards’ — ways to cheat during the game.

From the five ways to cheat, players must abide through to win. The winner is the most vigilant yet cunning one, while the loser is the clumsier player.

The major difference with this game (aside from the ability to cheat) is there is no banker compared to other versions. This is because the ‘bank’ will be held by playing players and alternate as the game goes. This gives ample opportunity for the player to steal money, and witness to catch the player steals. When caught, straight to jail you go!

Will the pandemic kill cinema for good?