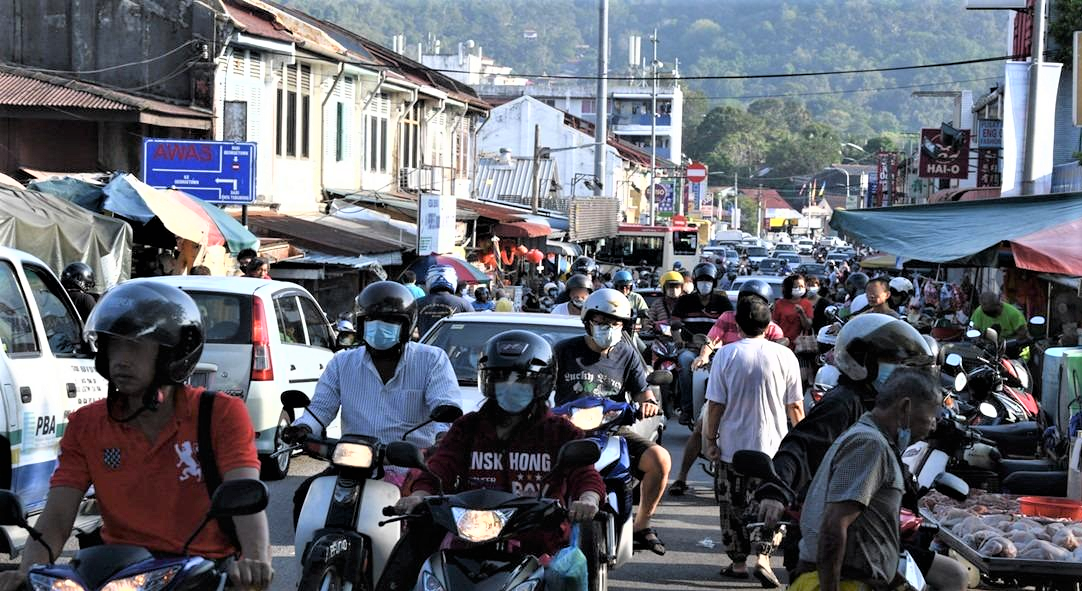 GEORGE TOWN: The people and traders in the state are urged not to take lightly the Movement Control Order (MCO) which is in force until April 14.

Chief Minister Chow Kon Yeow said the authorities including the police (PDRM) and local councils (PBT) would not hesitate to take more stringent actions against those who were still stubborn.

“This is for the good of all. Be patient during this period so that our country and state return to normal,” he told a media conference which took place live via his personal Facebook, here today.

He said that PDRM had arrested 158 people who flouted the MCO in Penang as of yesterday while the Penang Island City Council (MBPP) had directed the closure the market section of the Sri Aman Complex in Relau effective yesterday.

The closing of the market at the complex was following the failure of the market to impose social distancing, not controlling the number of customers entering at any one time and not providing hand sanitisers.

“MBPP has also directed all stall operators outside the Jelutong market area to cease their businesses from tomorrow, March 30, 2020.

“Numerous approaches have been taken by MBPP including public education and others before issuing warning notices until a closure directive was forced to be taken by the PBT concerned due to non-compliance of the MCO,” he said.

In addition, Chow said he would chair a special meeting of the Penang Security Special Committee (JKKN) meeting tomorrow to empower and detail out further steps that would be taken to continue protecting Penang from Covid-19.

“As of 12 noon yesterday, (March 28, 2020) Penang recorded an increase of six new cases, to the existing 80. It is my hope that the figure does not go up, and at the same time, we will always pray for the safety of the frontliners who are working hard and making sacrifices for our security,’’ he said.

In the meantime, Chow also urged passengers aboard the Qatar Airways flight QR866 from Doha to Penang which landed on March 19 and the passengers of the express bus StarMart Express AJS 666 on March 22 to comply with the directives given by the Penang Health Department (JKNPP). – Bernama

‘Doctor, have pity on my baby’
Previous Post
Increase in arrest of defiers on 12th day of MCO