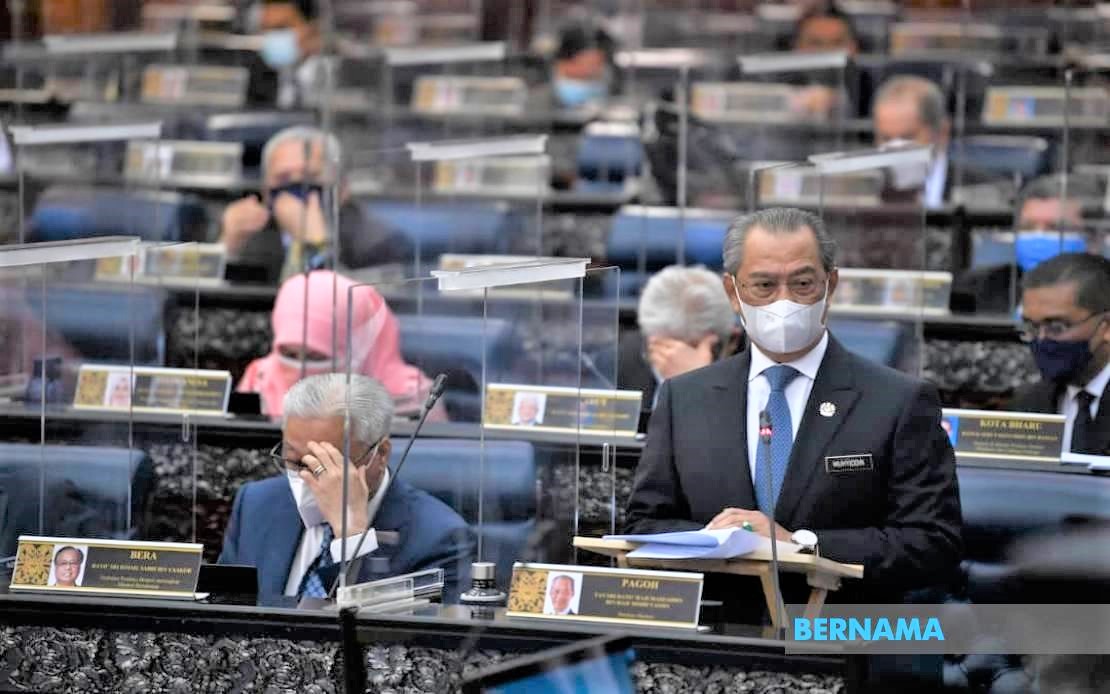 KUALA LUMPUR: Tan Sri Muhyiddin Yassin today said that the government anticipated that most states will move into Phase Four or the final phase of the National Recovery Plan (NRP) by October at the earliest.

In his briefing on the NRP at the special sitting of the Dewan Rakyat today, the prime minister said the anticipation was based on the continuous efforts to implement the recovery process and the immunisation programme that is currently running smoothly.

For that, he said apart from monitoring the situation at each state and taking necessary intervention measures from time to time, the government would also continue carrying out a risk assessment in terms of the readiness of the states to move to the next phase of the NRP.

“I would like to explain that the government had decided, during the special meeting of the National Security Council, that for states which are already in Phase Two, will not return to Phase One and the states which have moved into Phase Three, will not go back to Phase Two.

“This is because the NRP approach emphasises on exit strategy and no turning back,” he said.

The NRP which was announced on June 15 underlined four transition phases with every phase of transition for each state would be assessed and considered based on three key threshold indicators, namely the average daily cases, bed occupancy at the intensive care units and the percentage of the fully vaccinated adult population.

Muhyiddin said if there were an increase in the number of cases in those states, the government would tighten the movement control based on the locality involved without imposing a comprehensive control on the state or district as being implemented now.

“We plan, but surely, Allah is the best of planners,” he said.

Elaborating, the prime minister said the transition from one phase to another would involve opening the economic and social activities in stages and it would not follow any schedule, but instead would be based on the state’s achievement in reducing the capacity pressure on health systems and increasing the level of people’s protection through vaccination.

Muhyiddin said the recovery plan undertaken by the government had also being implemented in other countries, including the United Kingdom, Australia and Singapore.

“We have looked into, learned and emulated the best practice of those countries to ensure that the NRP could be made an important guide and solid foundation to the national recovery process,” he said.

The prime minister said the NRP was formulated based on five main criteria namely the need to protect lives and livelihoods; dynamic and based on science and data; provide an explanation as a guide to detail the planning and emphasise the aspect of transparency; adopt the whole-of-nation approach; and always being monitored to evaluate its effectiveness through effective reporting and communication strategies.

“In short, the NRP is a recovery plan focusing on the strategies to take the country to exit the threats of Covid-19 pandemic safely and systematically.

“The phases outlined are focused on alleviating the burden on public health system capacity, reopening the economic sectors, and allowing social activities in the next six months until the end of this year.

“The NRP is not static, it is dynamic, comprehensive and can be improved according to current needs and situation,” he added. – Bernama