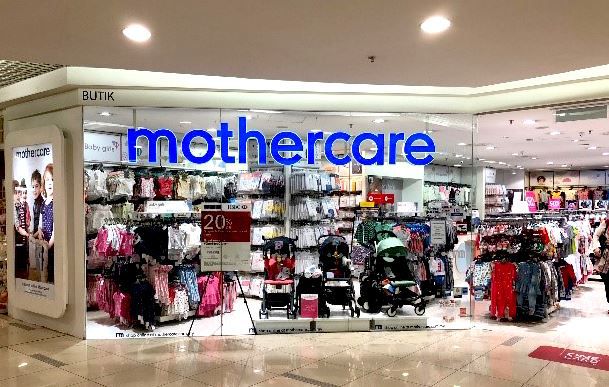 It also plans to open more stores, as the physical store continues to contribute 90 per cent of its earnings, said group managing director Pang Fu Wei.

The retailer has set its plan to revamp 10 out of 21 Mothercare stores in Malaysia next year to provide a better experience for its customers and it is also eyeing a few locations for the opening of new outlets, including in Ipoh, Melaka, and Miri.

“Consumers still prefer physical stores when shopping for baby, children eand maternity products, as opposed to online purchases where they are focused on price comparison, and since the economy reopened, our online revenue has actually dropped from 15 per cent to 10 per cent.

“We have yet to use all of the proceeds from the 2019 initial public offering.

Bucking the e-commerce trend, especially during the pandemic, Pang said the company saw a drop in sales across the board.

“People still want to touch and feel the products, so we saw a decline in fashion as well as technology, however, this does not mean we will ignore online sales, in fact, we are revamping our back-end system to cater to online purchases, particularly the click and collect feature,” he added.

Kim Hin Joo’s shares are now traded at 20 sen compared with 43 sen when it debuted on the local bouse in 2019.

“Of course, I am very disappointed with the current share price which doesn’t reflect the value of the company, but I won’t be too distracted as this is the impact on the retail industry as a whole.

“The market is affected by the supply chain disruption, the Russia-Ukraine war as well as COVID-19 lockdowns in China, so it’s not Kim Hin Joo per se.

“I believe that with the continuation of the right investment, location and increased profitability, eventually, people will see the value in us,” Pang said.

Meanwhile, the company has also launched its Mothercare flagship store at Suria KLCC to further enhance the shopping experience of its customers and in line with the company’s omnichannel strategy to improve all consumer touchpoints in Malaysia.

Spanning 13,000 square feet, the newly renovated Mothercare flagship store at Suria KLCC features several key experience zones that provide parents and parents-to-be with comprehensive hands-on exposure that can facilitate them in making better decisions for their bundle of joy. – BERNAMA

BNM says ringgit will continue to be ‘market determined’

Board targets timber exports to reach RM28 bln by 2025

Clients to take on SCIB debts owed in 6 projects