KUANTAN: Members of parliament can intervene to ask questions, and even debate, during the Parliament’s five-day special sitting from July 26, Communications and Multimedia Minister Datuk Saifuddin Abdullah said.

He said the use of the word ‘explanation by the minister’ in the Parliamentary calendar was a term and does not mean that ‘elected representatives will be attending the Parliament session merely to hear the government’s explanation’.

“The term explanation means the minister will provide an explanation on a certain matter and as far as I know, the standing orders allow members of parliament to intervene and ask (questions).

“… (and) it is up to the Speaker to allow time for the matter to be debated. It does not mean that one minister speaks and the others only listen,” he said in a virtual media conference after presenting food baskets around the Indera Mahkota Parliament here today.

Saifuddin said this when asked to comment on the claims of some opposition MPs who said that would be better for the special sitting to be held virtually, including on ‘Facebook live’ if it was merely to listen to the minister’s ‘lecture’.

Saifuddin also welcomed questions from netizens who were unclear on the use of the term ‘explanation by the minister’, saying that it was a healthy development that allowed him and his fellow colleagues in the government to provide accurate answers.

In today’s programme, apart from those eligible, Saifuddin said 6,000 food baskets under the National People’s Well-Being and Economic Recovery Package (Pemulih) were also handed out to the Pahang chapter of the Federation of Chinese Associations Malaysia (Huazong), whose chairman Datuk Seri Ng Chong Keong received on behalf.

In another development, Saifuddin, who is also Indera Mahkota MP, said all 6,000 food baskets using the RM300,000 allocation under PEMULIH that he received had been distributed today, since the programme started on July 10.

Each food basket for the Indera Mahkota parliamentary constituency, according to Saifuddin, contained basic necessities such as rice, sugar, flour, Milo, cooking oil and milk using the allocation under Pemulih, while face masks and sanitisers came from the MP’s allocation.

“After this, we will hand over food baskets donated by various other parties, including from Perikatan Nasional (PN) which provides food baskets to all 222 Parliamentary constituencies with each one receiving 500 units.

“As State PN chairman, I have met with the parties involved and have appointed a coordinator for the distribution of food baskets, involving seven from PAS, Bersatu (six) and one from Gerakan,” he said.

Taking into account the impact caused by the Covid-19 pandemic, Saifuddin also welcomed non-governmental organisations (NGOs) to contact his representatives if they know of those who are eligible for the food baskets despite not falling in the B40 category.

He said data on B40 recipients could be obtained from various parties, including the e-Kasih system, but there were no or very few lists of those who previously had permanent jobs or businesses, but had now lost their livelihood due to the pandemic.

“We know more and more people are affected because the number of calls or walk-ins to the Indera Mahkota parliamentary service centre has shown an increase, causing us to constantly add items in the ‘asnaf’ (tithe recipients) cart, including baby milk and disposable diapers,” he said. – Bernama 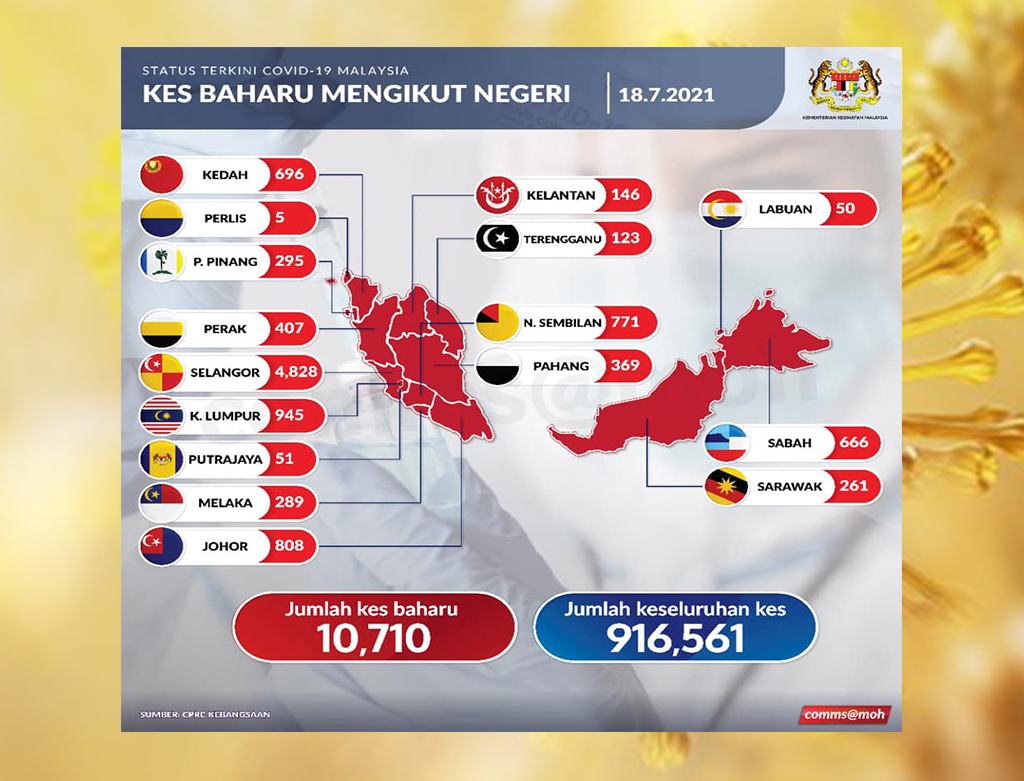 Miti letter rejection due to cases of abuse to ‘balik kampung’