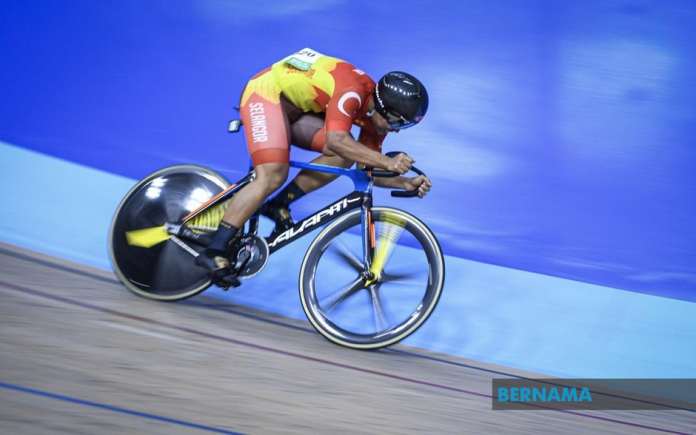 KUALA LUMPUR: National track cyclist Muhammad Fadhil Mohd Zonis has cracked the 11-year-old national record for 1km time trial at the 2020 World Cycling Championship in Berlin although he failed to win a medal.

Muhammad Fadhil clocked 1 min 00.305 sec in winning the qualifying round to break the national record of 1:01.658s, which was set by Rizal Tisin when he won the bronze medal at the 2009 World Championship in Pruszkow, Poland.

However, in the final at the The Velodrom in Berlin, the 20-year-old Muhammad Fadhil finished only eighth in a time of 1:00.895s.

The gold was won by Sam Ligtlee of the Netherlands in 59.495s while the silver and bronze went to Quentin Lafargue and Michael D’Almeida, both of France, who were 0.254s and 0.608s behind the winner. – Bernama