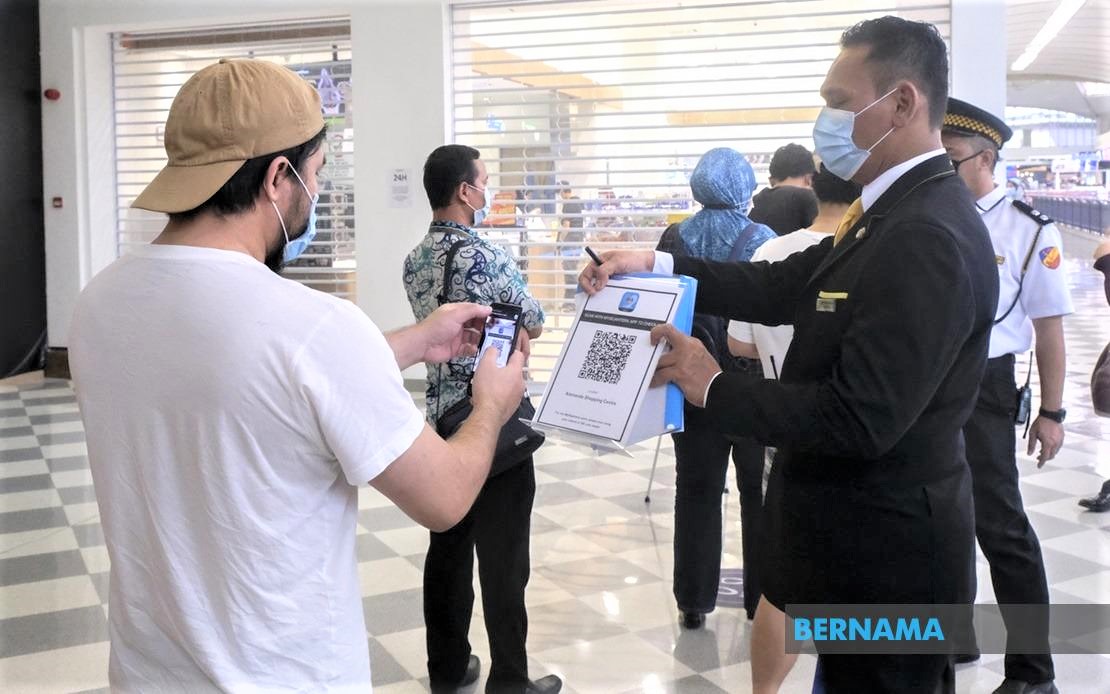 He said the MySejahtera application records the exact time a customer entered the premises and this would facilitate the ministry’s personnel or staff members of the outlet to conduct checks if necessary.

Yesterday, Nanta announced that customers are only allowed to spend a maximum of two hours in retail premises, including shopping malls, in addition to limiting the number of customers inside premises at one time.

The enforcement of the standard operating procedures (SOPs) was in line with the implementation of the movement control order (MCO) 3.0 from May 25.

“Premises owners should also remind their customers to adhere to the two-hour time limit,” he said in a virtual news conference today.

Nanta said the ministry’s enforcement officers would conduct random checks at popular retail outlets to ensure that the people comply with the SOPs.

“Shoppers are advised to plan their activities wisely, thus helping to reduce the Covid-19 infection chain in the country,” he said.

Asked about individuals bringing children to shopping malls, Nanta said the SOPs clearly state that the group was ‘not encouraged’ to enter the premises and not ‘not allowed’ because the government understood the problems faced by the people.

“For instance, they are single parents who need to bring along their children. If possible, please leave the children with close relatives and avoid bringing them into premises,” he said.

Meanwhile, the minister said that the in-car dining service was not allowed and there are no SOPs regarding the activity.

He added that the idea of enjoying meals in the car with family may have cropped up following the ban on dining-in at eateries, but so far, no decision has been made on the matter.

According to news reports today, Sarawak police commissioner Datuk Aidi Ismail said providing in-car dining service was a violation of SOPs and premises owners could be issued with a compound.

He said a food outlet in Miri was compounded last Friday for providing the service. – Bernama