The Sarawak Housing and Real Estate Developers’ Association (Sheda) Kuching branch chairman congratulated the prime minister on establishing this road map, describing the exit plan as much needed to move the country forward.

“It clearly spells out the three parameters of reduction of infection rates, number of available intensive care unit (ICU) beds, and rates of vaccination, to release the Covid-19 prevention restrictions or standard operating procedures (SOPs),” he said.

He noted that the easing of restrictions was set in four stages, with a timeline spanning the next six months.

“When all the parameters are met according to the roadmap, we should be fully released into our old normal by the end of this year,” he said, adding that all this was possible due to the availability of the vaccines and the rollout programme.

At the same time, Sim said the balance of lives and livelihood needed to be looked into so that the national economy plan and assistance could be aligned with the exit plan.

He said under the Pemerkasa Plus package, most assistance such as cash handouts and wage subsidies would end in June while the targeted bank loan moratorium would end in August.

“So with the exit plan that ends at the end of the year, the assistance could be aligned to complement this with the same timeline,” he suggested.

He also said the federal government needed to add more assistance, such as relaxation of tax collection, assistance to those in the M40 category, assistance to recapitalise small and medium enterprises (SMEs), and relaxation in bank lending rules such as lending based on assets rather than cash flow and proven income.

He also hoped the borders could be reopened once the situation was safe so that the hard-hit tourism industry could be revitalised by the end of the year.

Sim said Sarawak, with its vaccination plan which targets to achieve 80 percent herd immunity by August, could fast track from the national exit plan with its own schedule and the state government’s own economic plan to resume, revive, and grow Sarawak’s economy.

“Of course, our market is common with Malaya and thus highly integrated, and our economic plan would have to be geared to the national economic plan,” he said.

“Our Sarawakku Sayang Special Assistance (BKSS) 6.0 programme is scheduled to be completed in December this year, which is good.

“I hope the state government will look into reviving our economy with recapitalisation, rebooting, and re-incentivising the business sector to achieve pre Covid-19 levels and promote growth in our state economy while creating jobs,” he said.

He said Malaysians could move forward together as a nation to beat the Covid-19 pandemic with the NRP as well as the vaccination rollout. 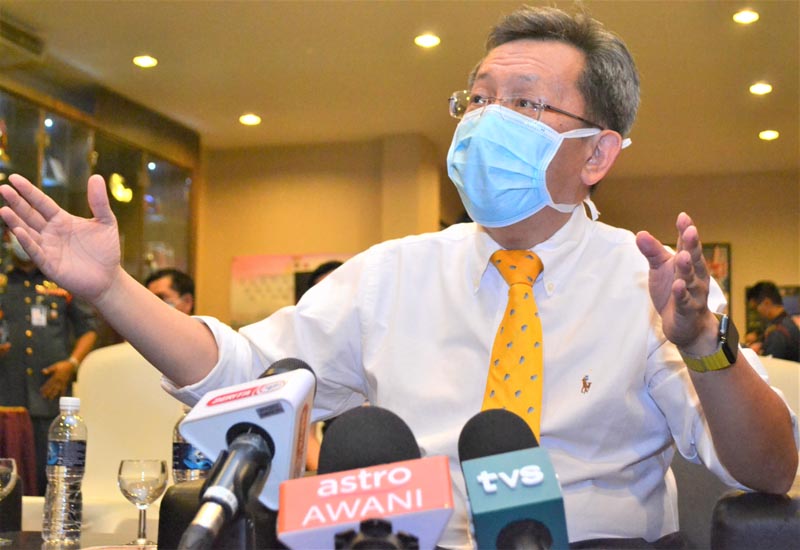 National Recovery Plan is the best approach towards pandemic exit