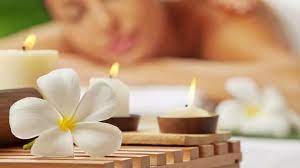 KUCHING: Under the latest conditional movement control order (CMCO) standard operating procedures (SOPs), spa, reflexology, and massage centres in Covid-19 red zones in the state will not be allowed to operate until April 26.

In the National Security Council (MKN) updated SOPs released on Tuesday (April 20), it stated that gyms are also not allowed to operate.

It also added that activities in entertainment outlets such as nightclubs, pubs, cinemas, and karaoke centres (including family karaoke) are prohibited.

On sports and public recreational activities, it said that mass activities that incorporate movements and are carried out in big groups which make it difficult for participants to practise physical distancing such as marathons are not allowed.

Any activity that requires mass gathering which makes it difficult to practise physical distancing are not allowed.