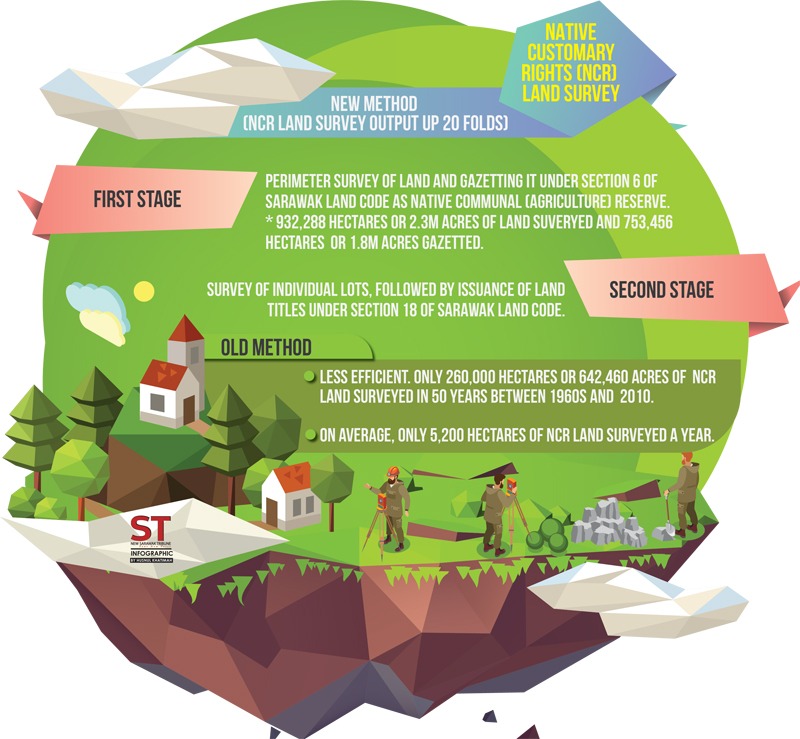 KUCHING: All Native Customary Rights (NCR) lands gazetted as Bumiputera Communal Reserve under Section 6 of the Sarawak Land Code (SLC) are valid and registered in the land register.

“Therefore, there is no doubt about the boundaries between communities as the boundaries have been surveyed, marked and plotted in cadastral plans,” the Land and Survey Department clarified in response to news reports in local dailies on Wednesday.

The department said under a new initiative implemented by the state government, the NCR land surveying was divided into two stages.

The first stage is perimeter survey and gazettal under Section 6 of the SLC as Bumiputera Communal Reserve.

The second stage involves the survey of individual lots and the issuance of land titles under Section 18 of the SLC, it added.

The department noted that Deputy Chief Minister Datuk Amar Awang Tengah Ali Hasan had on many occasions, while presenting land titles, challenged the NCR landowners to return the titles should they believe in allegations claiming that the state government would seize their land gazetted under Section 6 of the SLC.

“However, until this day, none of the gazetted land has been handed back. This proves that they (NCR landowners) are confident in the way their land are being surveyed and gazetted.”

All systems ready of flood season