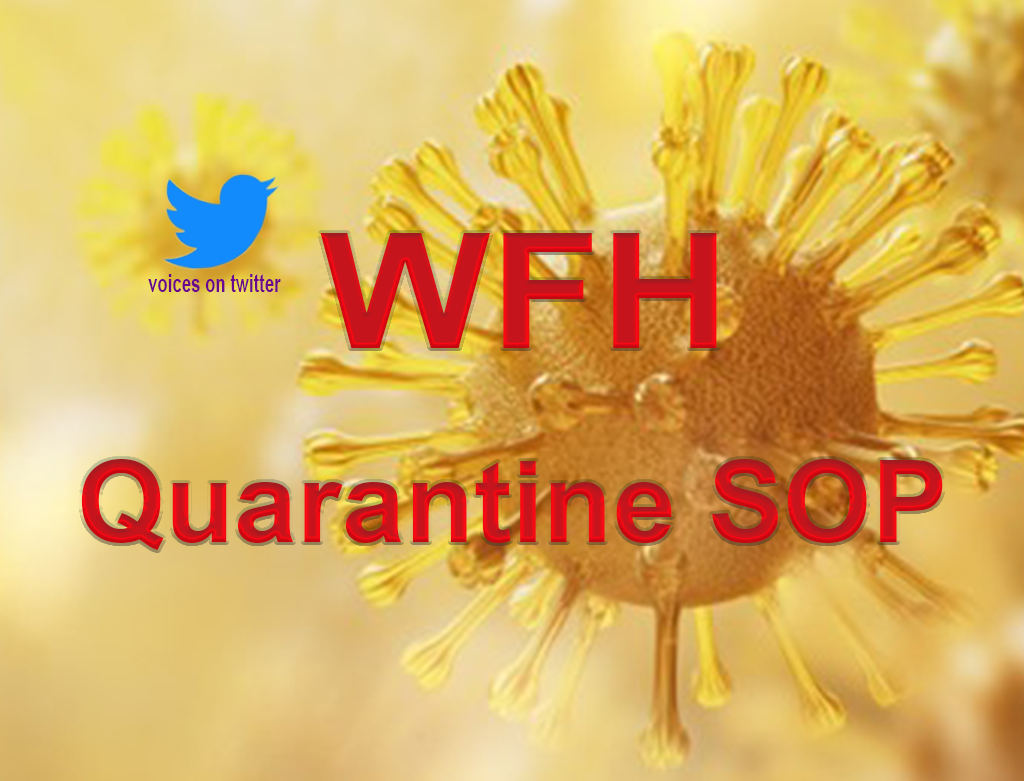 The above was part of a tweet that was posted on May 20, in which a Twitter user revealed how his employer responded when asked if he could work from home.

At the time of writing, the tweet has garnered nearly 21,000 likes and was retweeted over 16,500 times, with Malaysians sharing their experience of how their employers have forced them to come to work, even though they were in the non-essential sectors.

Senior Minister (Security) Datuk Seri Ismail Sabri Yaakob recently announced that 80 percent of government staff and 40 percent of the private sector would work from home starting May 25, in the bid to flatten Covid-19 curve.

This announcement of a stricter form of movement control order (MCO) came nearly two weeks after the government announced MCO 3.0 for peninsular Malaysia.

However, the thread to the Twitter post above indicates that companies have been having issues complying with such standard operating procedures (SOPs) although adherence is crucial in preventing the spread of Covid-19.

A former bank sales department employee tweeted that she was forced to hand out flyers to promote services provided by her bank at a Covid-19 high-risk area during the MCO.

In her tweet on May 20, she also claimed that her employers required their workers to submit photos of them on duty in the areas assigned.

“We were even asked to provide photos as proof (of working),” she revealed.

Another Twitter user shared that his company initially promised a “special allowance” to entice the staff to come in to work despite restrictions during the MCO.

“But afterwards, they retracted their statement and made it compulsory for us to come to work without expecting compensation,” he wrote.

Other users shared a more alarming practice, where staff casually disregarded SOPs despite being close contacts of Covid-19 patients.

“Partner sorang +ve pastu close contact dgn partner sorang lagi tapi dia tak buat swab dan still dtg offc mcm tak ada benda, staff kerja bergilir2 tapi dah mcm cacing kepanasan takut. (One of the staff was (Covid-19) positive and another staff, who is a close contact, did not go for a swab test but came in to work as usual. The rest of us work in rotation but are very fearful of the situation),” she shared in the thread.

In a separate post, a Twitter user revealed that despite being a close contact of two colleagues positive for Covid-19, his brother was still forced to come in to work.

“Dah ramai positif, tapi semua kerja macam biasa. Department adik dua orang dah positif, so adik kena buat swab test je. Kerja kena masuk.” (Many people have been diagnosed as positive (for Covid-19), but everyone else still have to come in to work. Two people have been declared positive at my brother’s workplace but all he had to do was take a swab test. He still had to go in to work.),” he wrote.

He added that his brother was an engineer at well-known local production plant. The thread resulting from the post revealed that many others shared the same predicament.

Several other users also complained that employers took advantage of workers by not only having them come into the office during the MCO but paying them only half their wages, citing lack of income due to the pandemic.

Data on global cases of Covid-19 by the John Hopkins Centre for Systems Science and Engineering revealed that on May 21, Malaysia surpassed India in daily new confirmed cases per million people, with 200.61 infected to India’s 186.45. Although limited testing means actual number of cases for each country may be higher, it still reveals an alarming trend that Malaysia should not ignore.

The Malaysian Employers Federation (MEF) President, Dr Syed Hussain Syed Husman said that in line with the latest announcement of tighter restrictions, it was mandatory for private sector employers to ensure that 40 percent of their employees were from home.

“Any breach of the SOPs will automatically lead to a compound and/or order to stop work. Any non-compliance to the 60 percent attendance rule at any one time at the workplace within the MCO period will automatically result in a seven-day stop work order,” he told Bernama when contacted.

He advised employers to comply with the directive as the government has made it clear that it would be strictly enforced and no appeal would be entertained.

Syed Hussain also called on businesses to promptly make the necessary adjustment before the implementation of the SOP on May 25.

“If it is not possible for the employees to work from home, they need to discuss with those affected for a win-win solution, especially on the payment of wages during the relevant period,” he said. – Bernama

*names and Twitter handles are not mentioned to protect affected individuals

Previous articleMySejahtera app to keep track on two-hour shopping limit
Next articleGovt, rakyat must understand each other to win Covid-19 battle