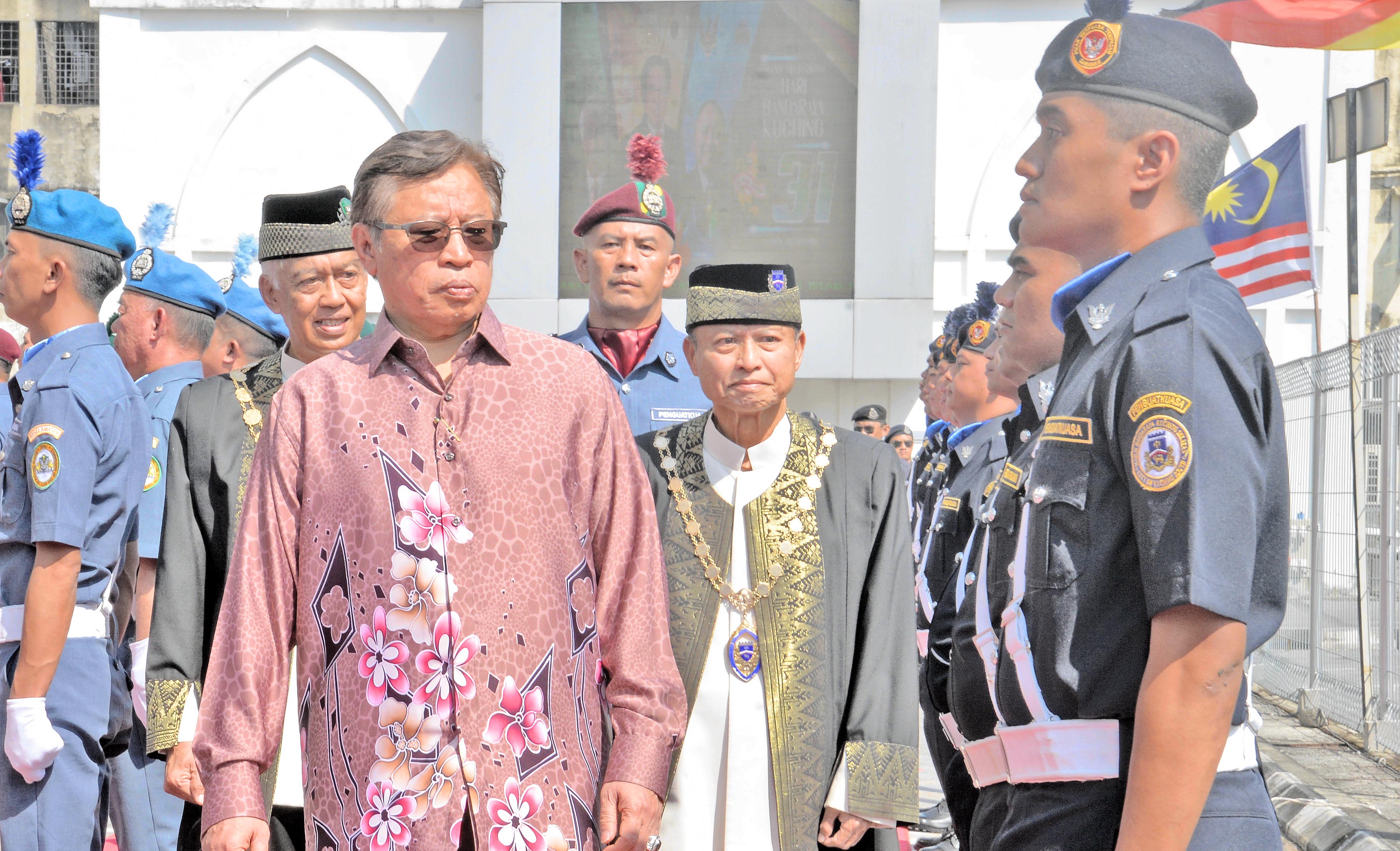 Development of suburbs, city housing among strategies to cope with population increase: CM

KUCHING: The next long-term development agenda for Kuching North City Commission (DBKU) and Kuching South City Council (MBKS) is to strategise and plan new housing estates to cope with the state’s population increase in the next 30 years.

Chief Minister Datuk Patinggi Abang Johari Tun Openg said that the new trend of city life will witness people staying in the city during weekdays for work and returning to their kampungs on weekends.

“We have to open up our cities for

our people. For that, we have to provide the necessary housing for those living in the city as well as developing the suburbs like Samariang to Matang, Lundu to Sematan, and Batu Kawa to Bau. These new areas must be upgraded even if these are outside the jurisdiction of DBKU and MBKS.

“In the meantime, the central control centre will still be in Kuching which will include digital big data. This will be our new approach to developing the city,” he said when officiating at the Kuching City Day 31st anniversary celebration at the Sarawak Islamic Complex here, yesterday.

Abang Johari added that the state government’s agenda is to ensure that the city’s development would be more organised in line with the long-term plan towards 2030 including developing heritage areas such as Carpenter Street, India Street, Padungan and Malay kampungs.

He also announced that there would be an establishment of another waterfront between Kampung Sungai Bedil and Kampung Tanjung to further intensify the beautification of the city centre apart from developing Darul Hana and old Kuching heritage areas.

“We will also upgrade the south of Kuching through smart collaboration between MBKS and other international cities especially from China and Japan,” he said.

Abang Johari also mentioned that the state government is currently planning to transform Kuching as a smart city of Malaysia through convergent technology, urban public transportation as well as city information and management system.
On convergent technology, Abang Johari explained that the state government is working on providing more efficient facilities such as payment of taxes through one platform only.

On public transport, he said that the state is currently studying solutions of environment-friendly transportation such as hydrogen-based bus which will be on trial this month.

The success of this venture means Sarawak will be the first to put the hydrogen bus on the road in Southeast Asia.
“The state government is currently conducting a study on new train technology which is the Autonomous Rapid Transit (ART). This ART comes with lower implementation cost and doesn’t need railway because it has a device that can read the markings on the road.

“It will work like a train which can occupy five coaches and each coach can accommodate 85 people; totalling 425 people. This is our agenda to make Kuching a modern, technology-driven and friendly city in Malaysia,” he said.

The state government would also establish a city information and management system which will witness the involvement of technology. Apart from the successful digitalisation of payment matters through Sarawak Pay as an example, the state government through MBKS and DBKU is also working on efforts to digitalise society’s engagement services through digital applications.

‘Service Sarawak’ at your finger tips

Thumbs-up for empowerment of JKKKs

2.5 Million Doses Of Polio Vaccine received from WHO

BTS cancel concerts due to coronavirus outbreak in South Korea

COVID-19: US to lose US$98 million in visa revenues