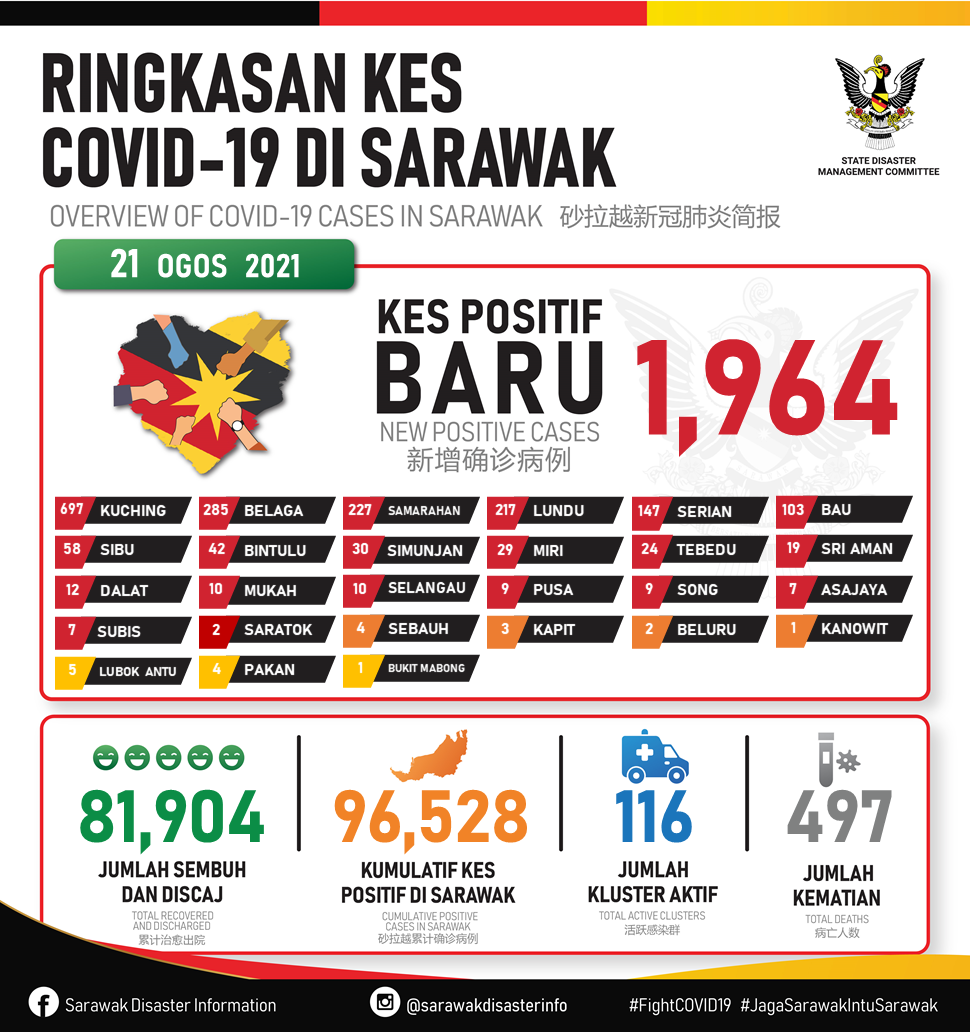 KUCHING: Sarawak recorded 1,964 new Covid-19 new cases today (Aug 21), a slight decrease from the 2,548 cases reported the day before, along with two fatalities.

The Sarawak Disaster Management Committee (SDMC) stated that the cumulative total number of cases stood at 96,528 while the death toll was 497.

Nine new cases were each reported in Pusa and Song; seven each in Asajaya and Subis; Lubok Antu (five); Pakan and Sebauh (four each); Kapit (three); Saratok and Beluru (two each); and Bukit Mabong and Kanowit (one each).

The committee said that 706 new cases had been discharged from hospitals and Quarantine and Low-Risk Treatment Centres (PKRCs) in the state.

“This brings the number of recovered and discharged cases to 81,904 or 84.85 percent of the total number of cases in Sarawak. With this, there are still 13,942 active cases remaining in the state,” it added.

On another note, the committee also reported two deaths involving the elderly.

The first death recorded today (Aug 21) involved a 94-year-old woman from Kuching who was brought to SGH for treatment. She was tested positive on Aug 12 and had a history of high blood pressure and diabetes.

The second death was a 90-year-old man from Bau. He was also admitted to SGH after he was tested positive on Aug 8. According to the SDMC, the case had no comorbidities

The committee had also declared the end of the Sungai Bedil Besar Cluster in Kuching and Pasar Basah Mukah Cluster in Mukah after zero cases recorded in the past 28 days.

“To date, the state has 116 active clusters where 15 of them recorded an additional 380 new cases,” it said.

Individuals involved must face the music

Willie an ordinary member in PBB