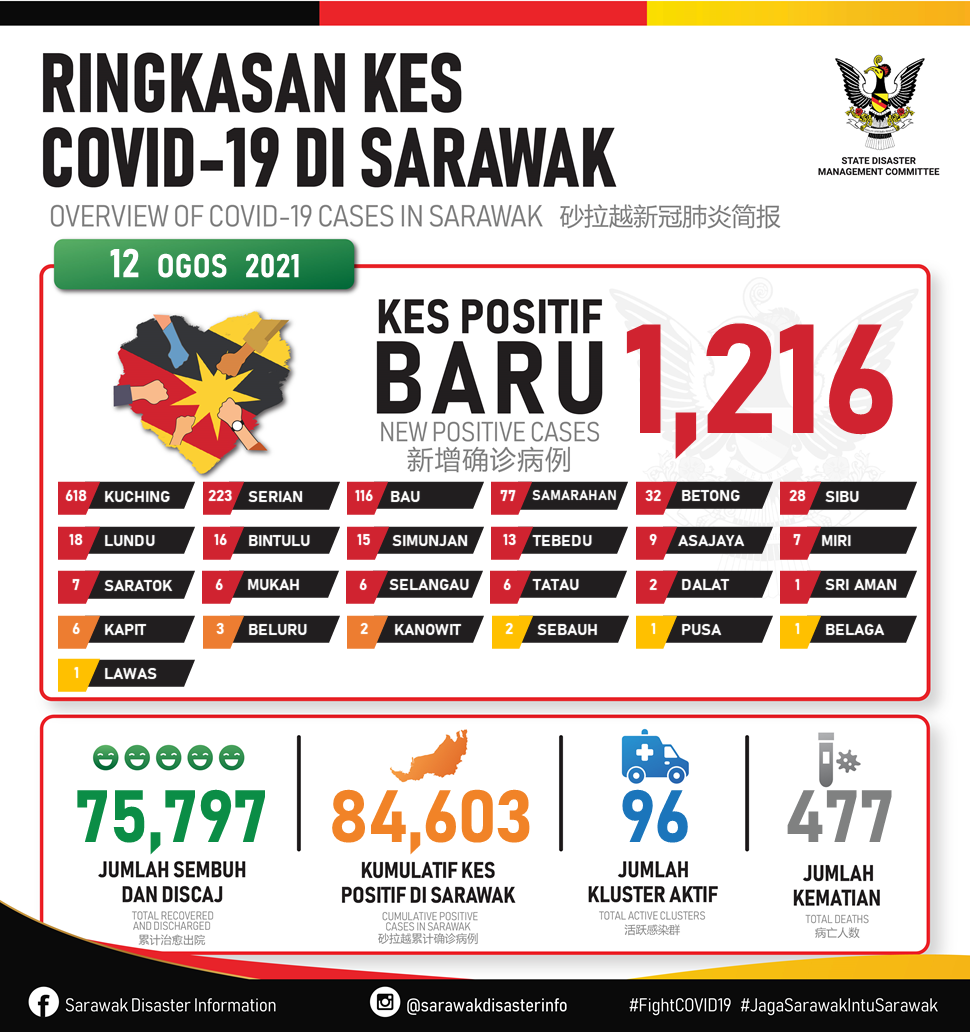 The State Disaster Management Committee (SDMC) said this brings the cumulative number of cases to 84,603 since the first case was detected in March last year.

The committee said the number of new cases detected in Kuching also dwarfed that of other districts with a total of 618 cases, followed by Serian with 223 cases and Bau with 116 cases.

SDMC said 789 of the newly detected cases consist of individuals who were close contacts to existing Covid-19 positive cases.

It said the first death case was of a 50-year-old man from Kuching who was receiving treatment at Sarawak General Hospital (SGH).

“The victim tested positive on June 23 and had a history of high blood pressure, diabetes and chronic kidney disease,” it said.

The second death case involved a 69-year-old woman from Serian.

“The victim was receiving treatment at Serian Hospital after testing positive on August 8. She also suffered from chronic heart disease,” SDMC added.

Fined for not social distancing

Fined for not social distancing