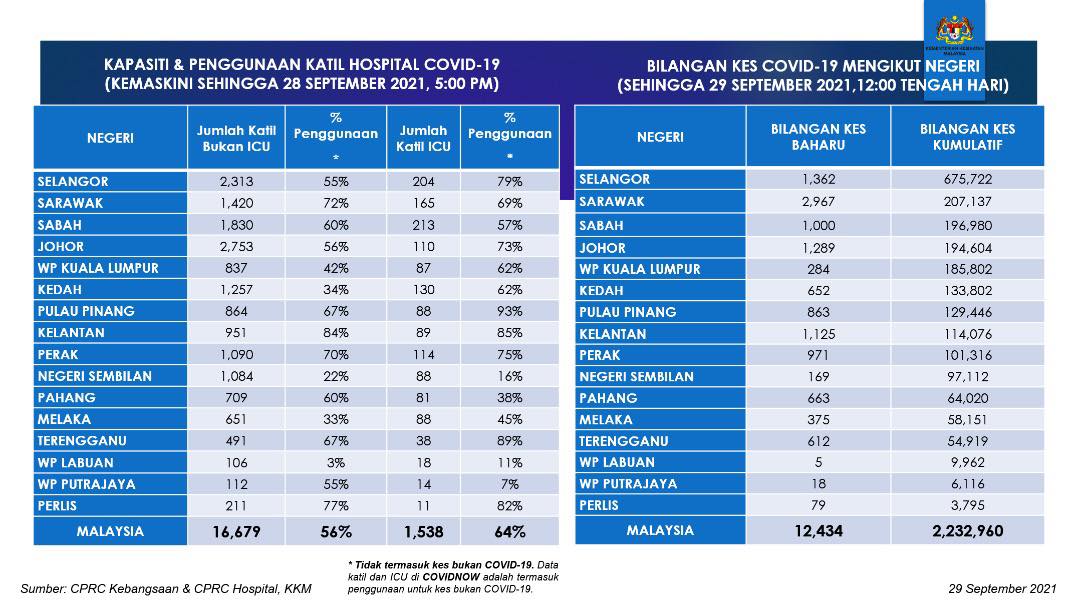 Through his postings on Twitter and Facebook, Health director-general Tan Sri Dr Noor Hisham Abdullah said the latest development took the total number of infections in the country to 2,232,960.

Meanwhile, the usage of COVID-19 beds as of 5 pm yesterday was at 64 per cent for the intensive care unit (ICU) and 56 per cent for non-ICU. – Bernama