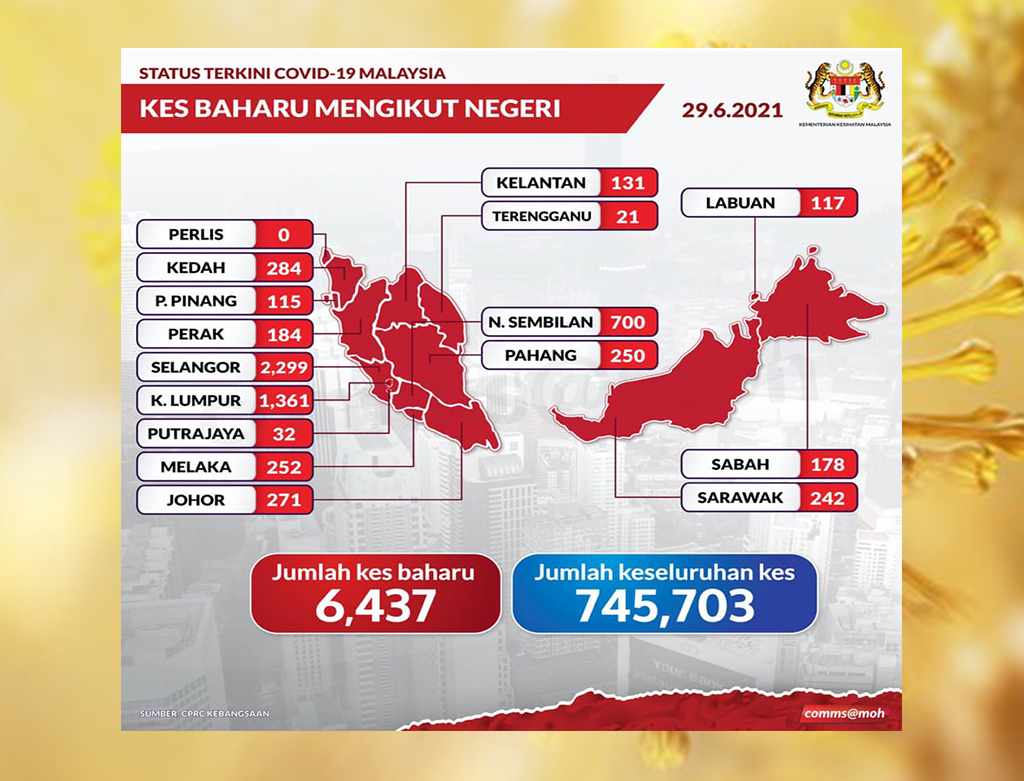 There were also 5,298 recoveries overnight while 905 patients were being treated in the intensive care unit.

Also, 107 deaths were reported today, involving 43 cases in Selangor, Negeri Sembilan (16); Kuala Lumpur (11); seven each in Kedah and Melaka; Johor (6); four each in Sabah, Kelantan and Labuan; Terengganu (1) and two cases respectively in Sarawak and Pahang. He said 27 new clusters were also identified, involving 13 in the community,12 workplace clusters, one involving high-risk groups and one more involving a private educational institution registered under the Ministry of Education (MOE).– Bernama