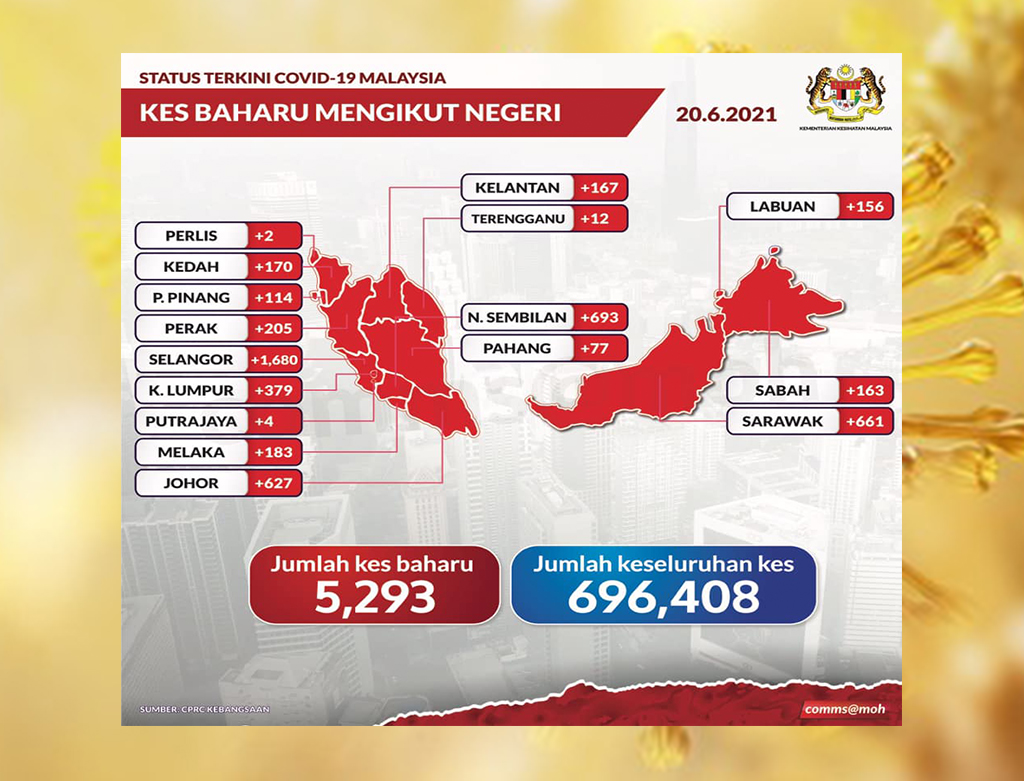 KUALA LUMPUR: The number of new covid-19 positive cases in the country in the past 24 hours dropped to 5,293 compared to 5,911 yesterday, said Health director-general Tan Sri Dr Noor Hisham Abdullah.

This brings the cumulative figure for positive cases to 696,408, he said in his tweet.

Meanwhile, Dr Noor Hisham said in a statement that of the new cases, 5,286 involved local transmissions and seven were imported cases, while the total number of active cases currently stood at 63,815.

A total of 60 fatalities were recorded today, taking the death toll to 4,408.

“The fatalities today involved 56 Malaysians and four foreigners aged between 28 and 89, with a majority of them having chronic diseases,” he said.

In the meantime, the Ministry of Health (MOH) detected 19 new clusters, with 11 related to workplaces, five in the community, two among high-risk groups and one involving a detention centre in Tembok Sungai Udang 2 in Melaka.

The two high-risk group clusters were in Jalan Kemboja Tujuh in Negeri Sembilan and Iris Garden in Sarawak. – Bernama

KUCHING: The public are invited to join a webinar organised by Yayasan Perpaduan Sarawak (YPS) on Saturday (Aug 20), called ‘The Art of Pottery;...

KUCHING: The public are invited to join a webinar...