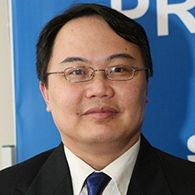 KUCHING: With its relentless pursue of state autonomy, Sarawak could be looking to negotiate a new federal-state relationship system with Putrajaya, political analysts said.

University of Tasmania’s Professor James Chin said Sarawak leaders are seen to clamour for more autonomy from the politics in Malaya and their action signifies a rise in state nationalism.

“I think the state government under Gabungan Parti Sarawak (GPS), an informal part of Perikatan Nasional (PN), although they support the federal coalition, will want more autonomy.

“There is a rise of state nationalism and state leaders are clamouring for autonomy from politics of Malaya and I don’t think that any politician from Sarawak claims to wanting to be closer to Malaya,” he said.

He said this when commenting on the Sarawak Day celebration during an interview with BFM radio.

Chin said the understanding among state leaders is that they will be part of the Malaysia federation, but would want maximum autonomy.

“So in the future, they would want a bigger share of economic resources especially resources from Sabah and Sarawak which produce a lot of oil and gas,” he said.

He opined that Sarawak was focusing on getting education autonomy with its emphasis on using English in school.

“In Sarawak there is official state support for the building of English schools. I think there’s a general agreement that while there’s nothing wrong with moving towards the Malay language, the use of English must not be neglected,” he said.

He viewed that state leaders should put their foot down and make demands to Putrajaya to restore or return the state’s eroded rights.

“Otherwise, Sarawakian will see GPS like a tiger without fangs – just here to do the talking. They must show their power in discussing the MA63 with their ally at federal level.

Dick said, with the Perikatan Nasional (PN) coming into power with the support of GPS, it would give weight to demands of Sarawak at the federal level.

“GPS must show the worth to Sarawakian when they decided to be a part of the PN government. This is as well as showing that their good relationship will bring more development projects to Sarawak especially to the rural areas,” he said.

He added, the state coalition must demand for more funds to be allocated to Sarawak as stipulated under a special allocation that is highlighted in the Federal Constitution.