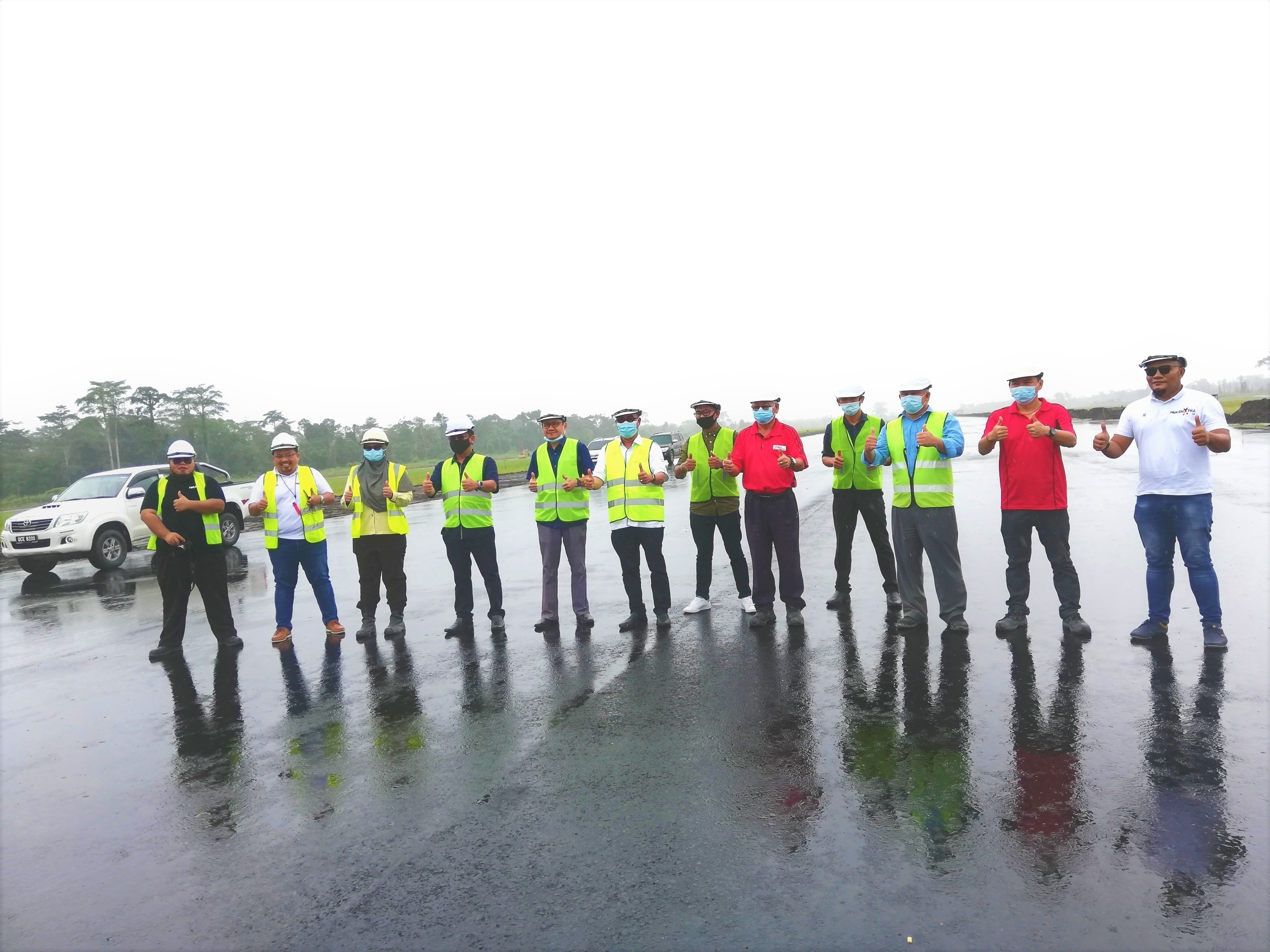 MUKAH: The new Mukah Airport costing RM435.9 million at KM7, Jalan Mukah-Oya here will be operational in the second quarter of next year. This is after the completion date of the ongoing project that has been revised from Jan 2 to April 11, 2021.

Tellian assemblyman Yussibnosh Balo said the project had been scheduled to complete in January next year, but due to certain matters such as airport specialist checking involving another body, this would take time.

He said he was satisfied with the progress of the project, which currently has reached 94 percent completion as disclosed by the contractor.

“The final handover of the project is expected to be on April 11, 2021 and after that, the airport would be operational,” he said during a press conference at the site of the ongoing airport project after his third visit today.

Yussibnosh, formerly the Balingian assemblyman, called on the people and airport users to be patient while waiting for it to be operational sometimes in the middle of 2021 or after April 11.

He added the people in Mukah should be proud to have a new airport which is of international standard because it has customs and immigration counters, as well as quarantine centre.

To a question, Yussibnosh said he did not know what the government had planned to do with the old short take-off and landing airfield (Stolport) here.

“Hopefully, it could still be used although it is lacking behind in terms of facilities,” he said adding that perhaps he might ask for it to be used for flying school.

Meanwhile, Kong in response to a question from the media during his briefing revealed that, the minor problem being faced now is the land issue, which is related to the access road.

He added the new airport is an all-weather airport as it can operate day and night, compared to the old Stolport which operates during daytime only.