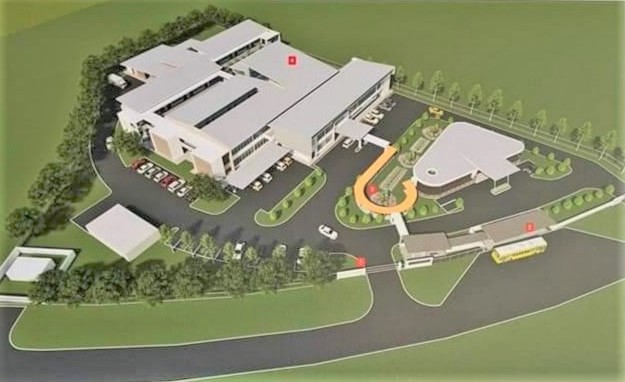 KUCHING: Villagers in Puncak Borneo have welcomed a proposal to build a new secondary school near the Bengoh Resettlement Scheme (BRS).

Puncak Borneo MP Willie Mongin said the proposal has been submitted to the Ministry of Education (MOE) through the Padawan District Education Office School’s development unit.

During an earth breaking ceremony for SK Taba Sait at the Bengoh Resettlement Scheme (BRS), about 45km from here recently, Willie said there was an urgent need for another secondary school in his constituency to solve the problem of student over-population, especially in SMK Penrissen, SMK Siburan and SMK Padawan.

“We are now looking for a suitable site for the proposed school,” said Willie.

Commenting on SK Taba Sait new school building project costing RM12.88 million, Willie thanked both the previous and present federal governments for their concern over the needs of the community in Bengoh Resettlement Scheme (BRS).

He said the project was approved under the first rolling plan of the 11th Malaysia Plan.

“At first I was a bit concerned and worried because around June last year, the Minister of Finance Lim Guan Eng announced that any project that had not been implemented or having works progress of less than 15 percent would be cancelled.

“Upon hearing that, I immediately fixed an appointment to meet Lim and Maszlee (Education Minister Maszlee Malik) to remind them of the need to proceed with this school project,” said Willie.

Willie said he was very thankful to both of them because they have heard the voices of the people in Puncak Borneo, and agreed to proceed with the school project.

He also thanked the Sarawak Education Department for giving its solid support in realising the wishes of the people at BRS, to have a new school.

Construction work on the new SK Taba Sait is expected to be completed in 18 months’ time.

Meanwhile, a retired teacher Ahras Minah from Kampung Annah Rais in Padawan welcomed the proposed new secondary school in Padawan as he believed there is increasing number of students in the area.

Early education a template for growing up

Lundu gets a new Bidayuh pemanca