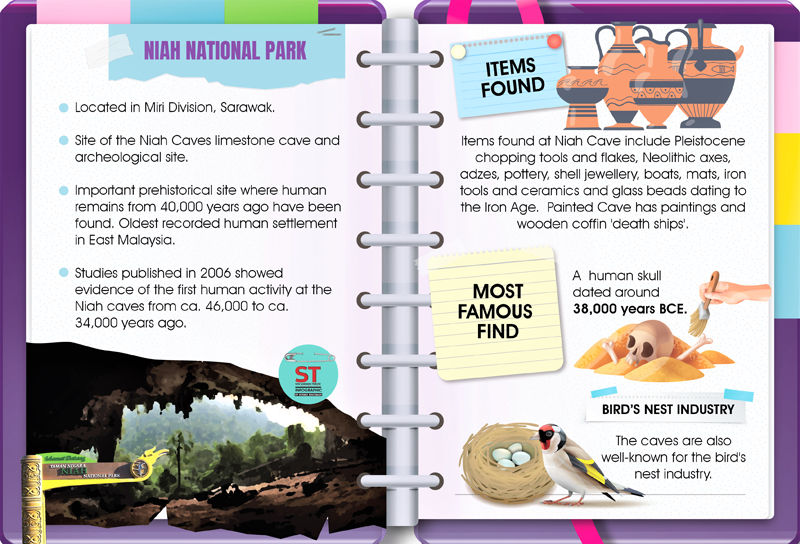 “We (Sarawak) already have the biggest national park in the state, namely Mulu National Park that was declared as Unesco World Heritage Area in 2000.

“Now, we are in the process of nominating Niah Caves National Park too. We are doing it in stages,” he told the press at Baitulmakmur 2 building here today.

Meanwhile, Assistant Urban Development and Resources Minister Datuk Len Talif Salleh explained that there was a limiting factor in registering Niah as a World Heritage Site because “they have number limit of each country per year.”

“That is why we are currently in talks with the Federal Ministry of Tourism, Arts and Culture (Motac) to advance Niah to be on top of the nomination list.

“We hope minister Datuk Seri Nancy Shukri will be able to list Niah and make it a priority because for each country, only one is allowed.”

He also stated that Niah was unique as it had cultural and historical values – a plus factor, while noting that Mulu National Park had natural value.