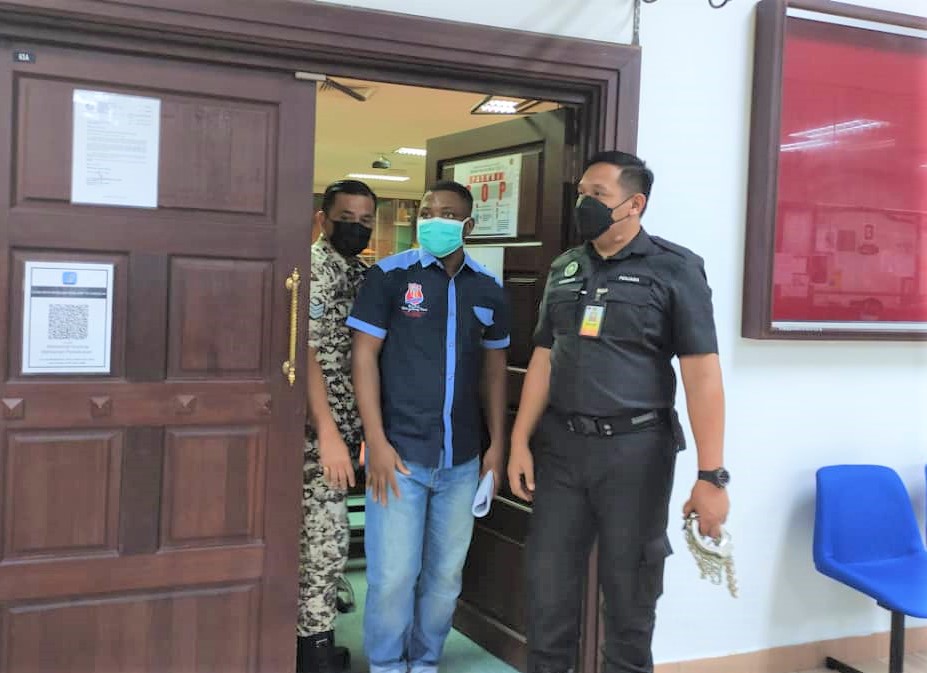 Nigerian escapes gallows after being acquitted of drug trafficking charge

Indonesian male jailed, to be whipped for illegal entry

KUCHING: A former Nigerian student liaison officer escaped the gallows when the Federal Court reversed his conviction and death sentence for the offence of trafficking methamphetamine weighing 158.30g six years ago.

However, the accused’s condition was more towards not knowing about the drugs allegedly placed in a car he was driving.

Furthermore, the Federal Court held an error in the trial of a previous judge who used both of the statutory presumptions, Section 37 (d) (da) (xvi) of the Dangerous Drug Act 1952, and at the same time relied on Section 2 of the Act to prove elements of trafficking.

As such, the Federal Court held that a previous conviction of the death penalty was unsafe.

Therefore, the Federal Court accepted the accused’s appeal and set aside the conviction and sentence by the lower court.

Previously, the accused was charged along with other accused under Section 39B (1) (a) of the Dangerous Drugs Act 1952 which is punishable under section 39B (2) of the same Act which carries the death penalty if convicted.

According to the facts of the case, the accused drove to the petrol station at midnight and then went to a fast food chain restaurant before being arrested by the police, around 12.05pm, June 7, 2016.

During the raid and inspection, the police found the drugs in the back of the bonnet of the car he was driving.

Meanwhile, his friend Ifasinachi Dominic Oguzie who was waiting at the scene was also arrested and arraigned in court.

However, Dominic, who was charged with possession of the drug, fled during the trial.