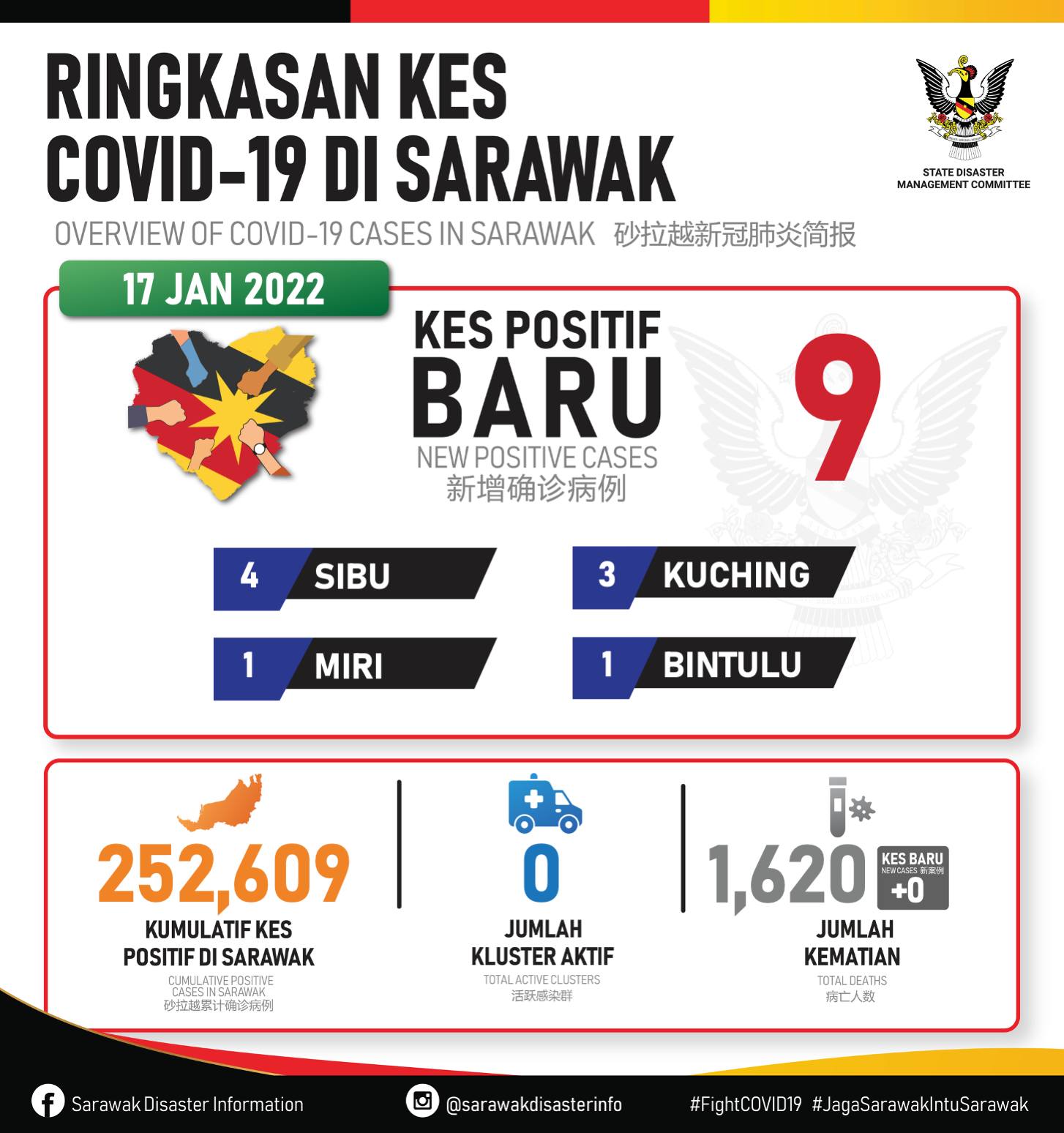 The Sarawak Disaster Management Committee (SDMC) in its daily update, said one of the cases was Category 5 while the rest were Categories 1 and 2.

“Sibu recorded the most with four cases, Kuching with three and one each in Miri and Bintulu.

“In addition, there are 192 new persons under surveillance and 587 of them are currently quarantined at designated hotels.”

SDMC also said the total number of persons under surveillance who had been discharged was 164,175.

In terms of non-compliance with the standard operating procedures, the Ministry of Health issued five compounds between Jan 9 and 15 – three to premises and two to individuals.

Two premises failed to prepare hand sanitisers while another did not prepare a temperature reader.

All of them had failed to scan the MySejahtera before entering a premises, bringing the total number of compounds issued by Sarawak police to 12,942.

CHONG Chieng Jen (DAP-Padungan) has voiced his support for the Forests (Amendment) Bill 2022, stating that it would promote the conservation and preservation of...

KAPIT: The Ministry of Domestic Trade and Consumer Affairs...

THE existence of carbon stocks in Sarawak will put...

THE Sarawak government will continue negotiations with Indonesia to...

NEW industries will be created and current ones can...

THE Sarawak government will review the need to make...

Citizenship has always been a federal matter

THE decision to speed up the process of tackling...

FORT Ranee is on its way to be gazetted...

FORESTS will be the new stream of Sarawak’s income...