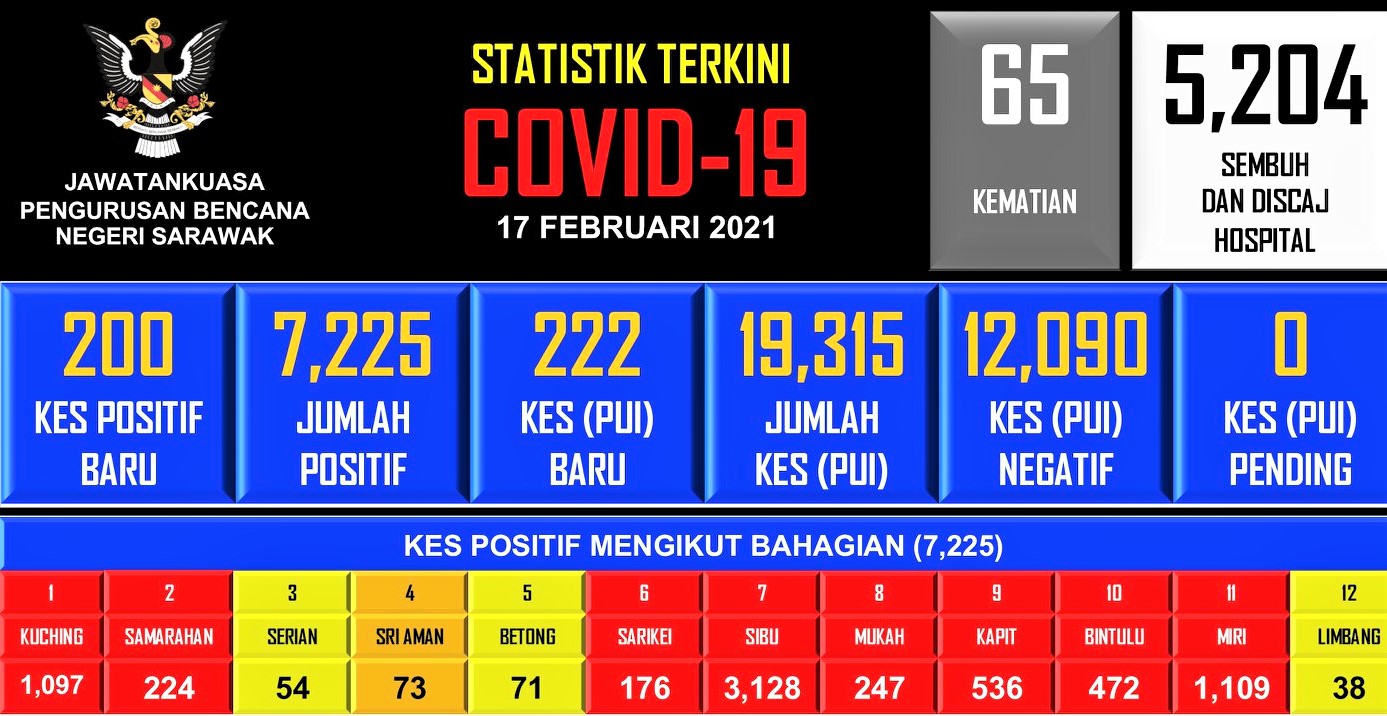 Sibu accounted for more than half — 102 of the cases, Kapit 53, Kuching 16, Bintulu 13, Dalat seven, Miri and Lundu three each while Samarahan, Beluru and Belaga each recorded one case.

Sarawak Disaster Management Committee (SDMC) in a statement said that of the 102 cases in Sibu district, 76 cases were screened through active case detection (ACD) while 26 cases were from other Covid-19 screenings at a health centre there.

SDMC also said that the seven cases in Dalat district, three cases in Lundu district and one case in Beluru district involved the Pasai Cluster.

“Of the 13 cases in Bintulu district, six cases involved the Rakut Cluster and six cases were symptomatic persons screened at a health centre while one case was a person screened through ACD.

“In Miri district, two cases were persons screened through ACD and one case was a symptomatic person who was screened at a health centre,” it said.

The one case recorded in Samarahan and Belaga respectively involved Covid-19 screenings at health centres in the two districts.