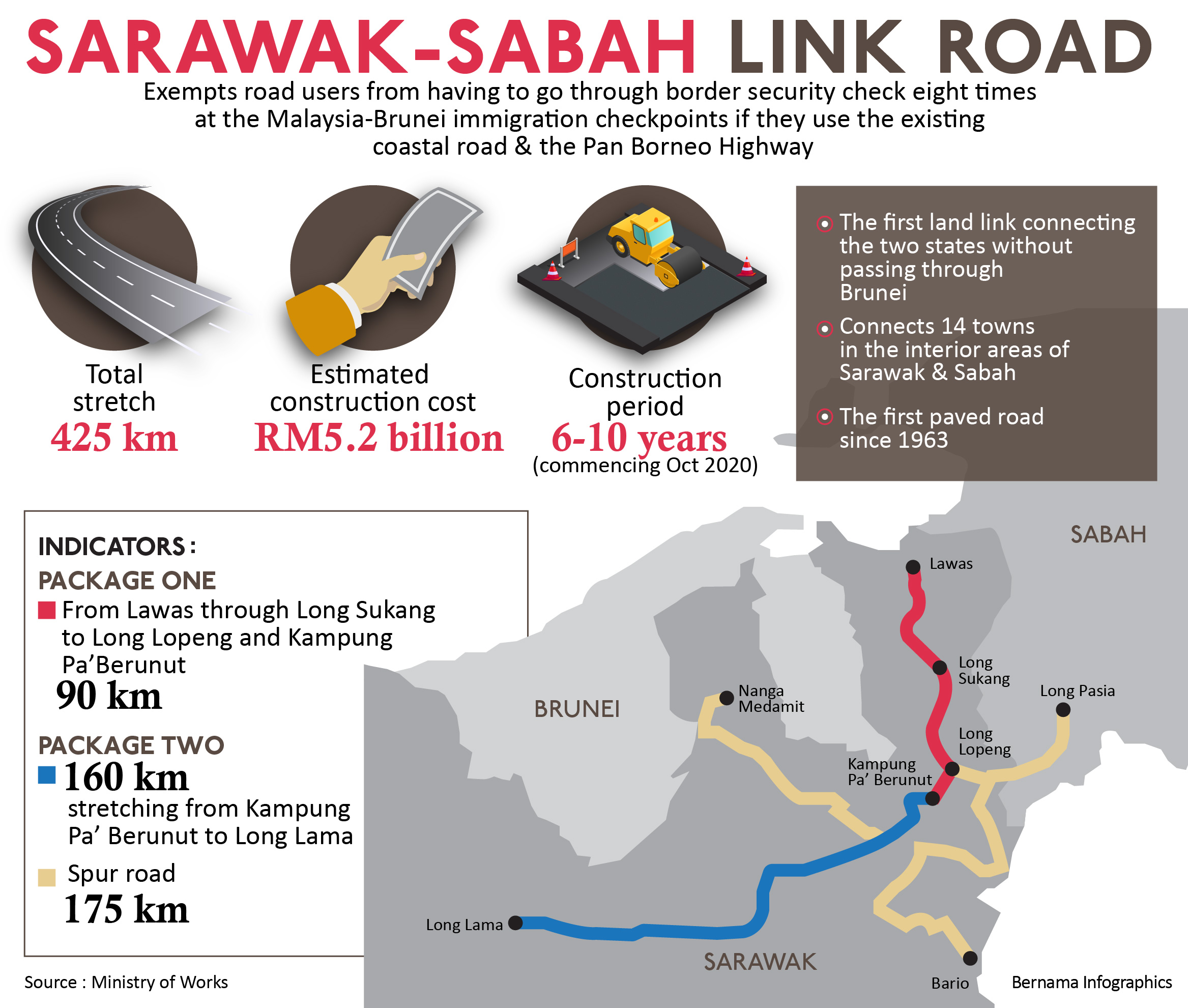 KUCHING:There is no need for former Works Minister Baru Bian and his aide Zehegkiel Piree to brag and feel vindicated over the current government’s decision to continue the Sabah Sarawak Link Road (SSLR) project.

Political Secretary to the Works Minister, Hamzah Brahim, said the construction of SSLR couldn’t be used as a hall pass to cancel the three bridge projects in Sarawak – Rambungan, Batang Igan and Batang Lupar.

“We respect the previous government’s decision and decided to continue the SSLR project and at the same time we continue to fight for the projects that was canceled by the previous Pakatan Harapan (PH) federal government.

“It is not necessary to brag that the government’s announcement to continue the SSLR project and that SSLR is of greater benefit than the three cancelled bridge projects,” he said in a statement issued on Wednesday (Aug 12).

He was responding to an earlier statement by Baru’s aide Zehegkiel who said that the current government’s decision to continue SSLR vindicated the former Works Minister decision to go through with the project.

Hamzah said while Baru cancelled the three bridge projects in Sarawak, the allocation for the project was transferred for the implementation of the SSLR project, causing the state government to step in to fund the projects for themselves.

He also chided Zehegkiel for comparing the two projects in terms of lengths connected – implying that the few kilometres connected by the three bridge projects paled in comparison to the 450 kilometers of SSLR.

“Bridges and roads complement each other and bridges should not be measured based on the length alone, but should be seen in terms of its role in complementing the entire coastal road.

“In other words, the benefits will be enjoyed by the residents not only along the coastal road, but also to all cities or towns throughout Sarawak, which can be reached through the coastal road,” he said.

Hamzah added, the government’s priority was to ensure that all projects that had been approved could be implemented for the benefit of the people instead of being politicised.