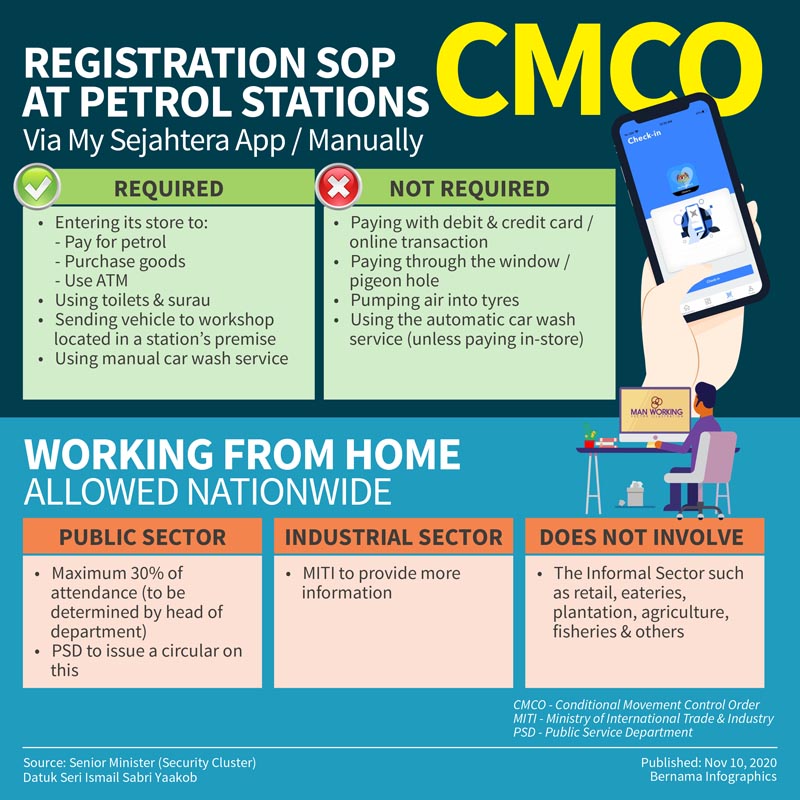 Asked whether the Sarawak Disaster Management Committee (SDMC) would have a meeting with the police on enforcing the law, he said, “The Senior Minister (Security Cluster) Datuk Seri Ismail Sabri Yaakob has already clarified the matter.”

Ismail Sabri recently stated that there was no need to scan the MySejahtera app when refuelling or making payments at petrol stations.

However, this only applied to those who made electronic payments at the pump.

The defence minister added that those going into convenience stores, surau or other facilities at petrol stations would have to scan the MySejahtera app or register their details.

Apart from that, the Crisis Preparedness and Response Centre (CPRC) had also rectified the matter in an email response to a public enquiry.

It said the public were required to register with the app’s QR code when they entered the premises.

However, for brief encounters such as filling petrol at pump stations or making payments at the counter, they were not required to register.

Recently, a voice clip went viral, claiming that a father who was wearing a face mask, was fined RM1,000 for failing to register with the app before filling up at the petrol station.

Following the viral clip, Bukit Aman CID deputy director Datuk Mior Faridalathrash Wahid told China Press on Monday that it was mandatory for the public to register (with the app) once they arrived at  a petrol station even if they were not entering the station’s convenience store.

“If the people do not register or scan, how will the police trace them if there are Covid-19 cases in the area?,” he said.

Pipe replacement project to be completed in May

Recoda to focus on five areas in anti-graft plan

Selukung — a traditional delicacy passed down through generations