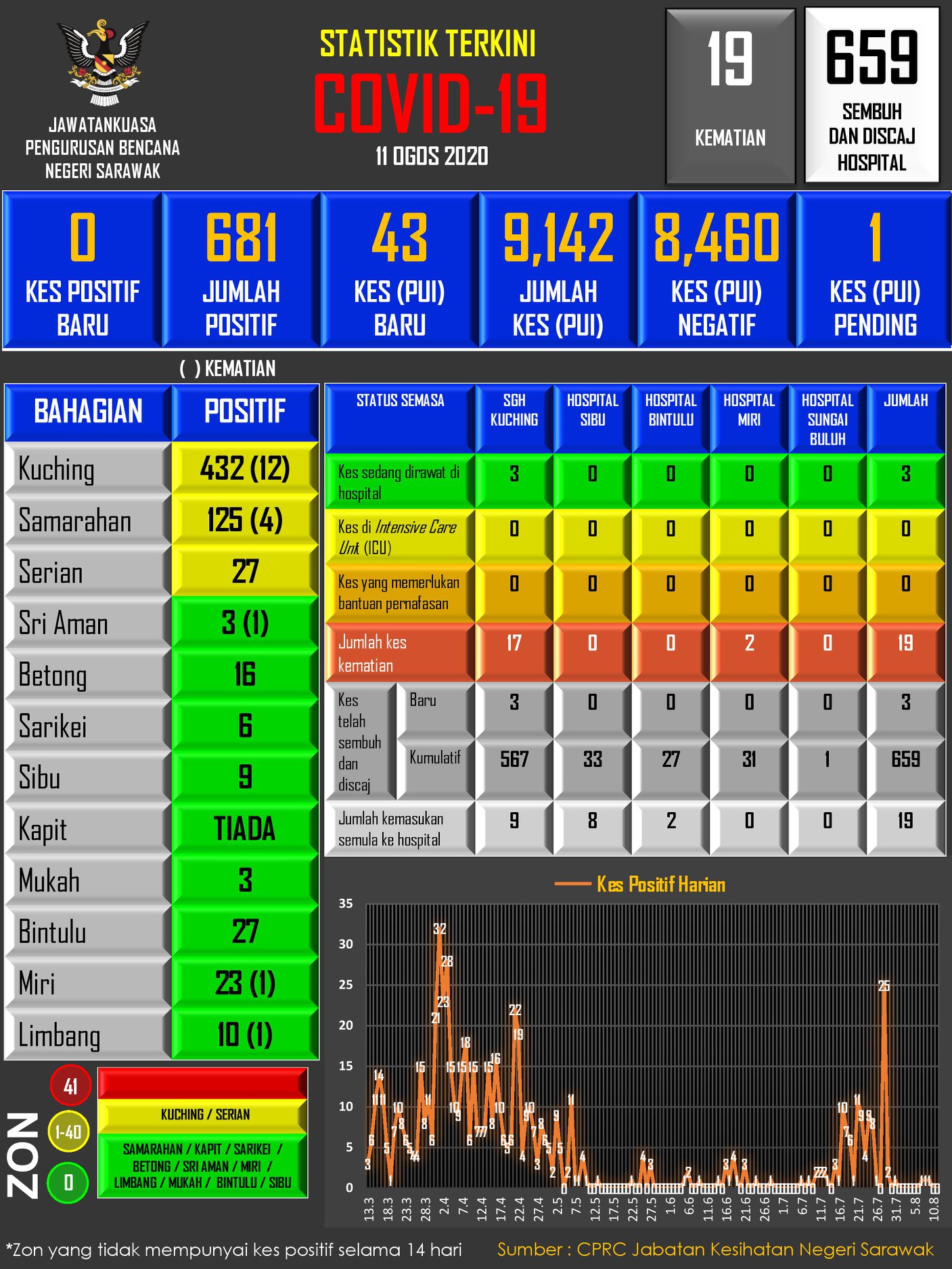 KUCHING: Sarawak did not detect any new case of Covid-19 on Tuesday (Aug 11), making the total number of recorded cases to remain unchanged at 681 cases.

“Of the total, two of the discharged patients were from Kuching district while one was from Samarahan district, thereby bringing the total to 659, or 96.77 percent.

“Three individuals are still receiving treatment at hospital isolation wards and the total number of deaths remains at 19, or 2.79 percent,” he said when delivering SDMC’s daily Covid-19 update on Tuesday (Aug 11).

He added that there were also 43 new persons-under-investigation (PUI) cases reported and one is currently awaiting laboratory test results.

On the roadblocks conducted to enforce the inter-zone travel restrictions, Uggah noted that a total of 1,317 vehicles had passed through roadblocks between zones 1 and 2 which was held at two locations, namely in Simunjan and Sri Aman.

“Of the total, 1,316 of them had obtained permission and one was ordered to return because it did not obtain permits from the police.

“The Royal Malaysian Police (PDRM) had issued a total of 33 compound notices for non-compliance with the standard operating procedures (SOPs) comprising 17 in Kuching, Kota Samarahan (9), Padawan (five), Betong (one), and Sarikei (one),” he added.

Meanwhile, Uggah said five arrests for non-compliance with the SOPs in business premises had also been made.

“Of the total, two individuals from Kuala Lumpur were arrested at Miri Airport for avoiding quarantine.