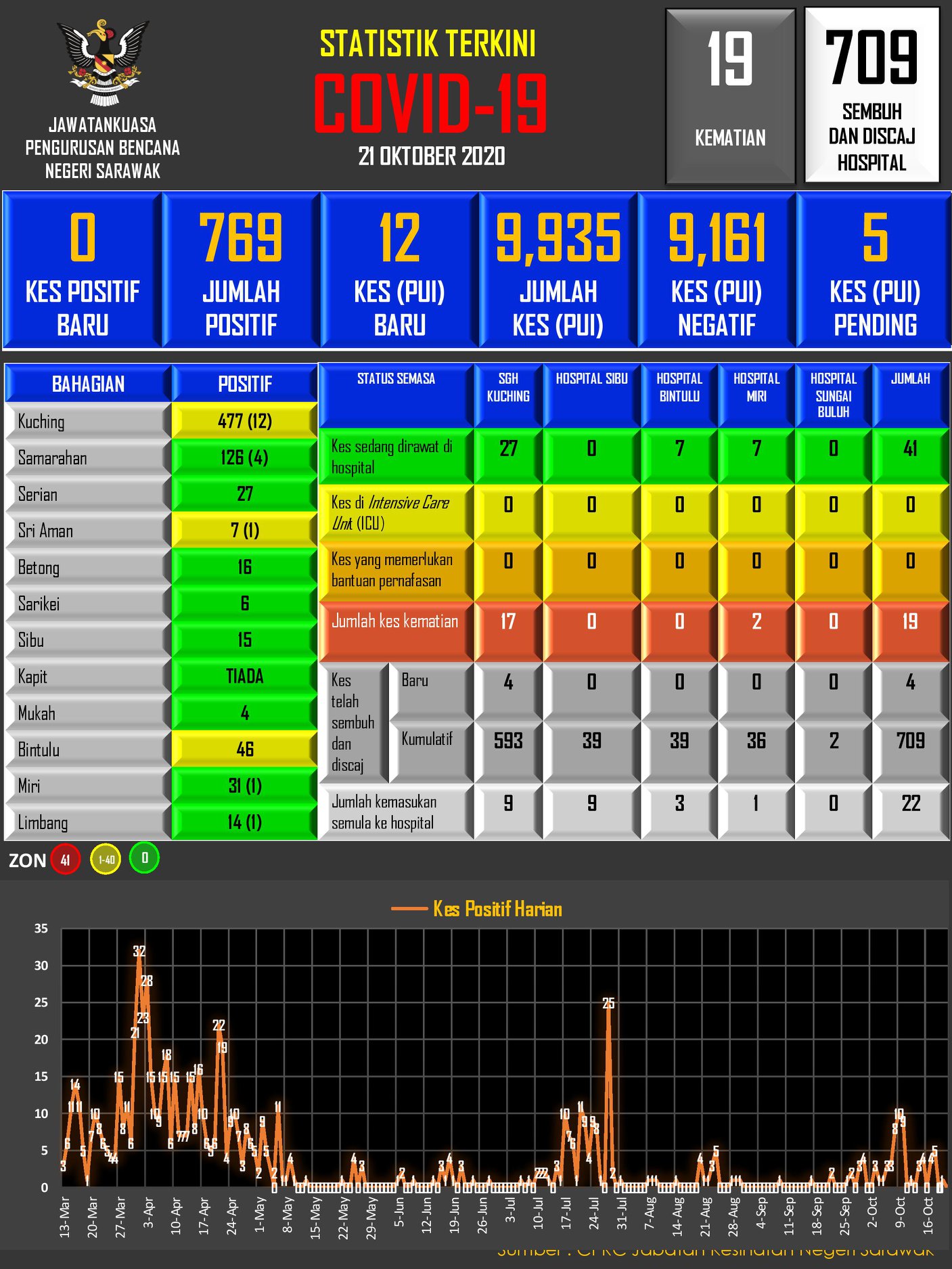 KUCHING: Sarawak recorded no new Covid-19 cases as of today, with the tally remaining at 769.

To date, no new positive cases have been detected or reported from both clusters.

“The Putra Cluster remains at six positive cases along with one case registered in Selangor. One hundred and ninety individuals were screened and 183 tested negative.

“From the 183, 79 underwent a second screening and all were tested negative.”

“There are no cases receiving treatment in the intensive care unit (ICU). The death toll in the state remains at 19 or 2.47 per cent to date.

On compounds issued to errant individuals for not complying with the standard operating procedure, police issued four compounds – three in Miri and one in Betong.

The Ministry of Local Government also issued 53 verbal, written and seizure warnings in areas under the supervision of various local councils.

Under Ops Benteng, SDMC said 1,755 vehicles were inspected at six of eight roadblocks in five districts – two each in Lundu and Lawas, and one each in Bau, Serian, Sri Aman, and Lubok Antu.