KUCHING: Datuk Seri Dr Wan Junaidi Tuanku Jaafar is of the view that Parti Keadilan Rakyat (PKR) Sarawak’s vow to solve the statelessness issue in Sarawak within a one-year period if it wins the upcoming state election is just a political stunt.

The Entrepreneur Development and Cooperatives Minister said there was no simple solution to the matter of statelessness as it involved multiple underlying issues.

He said that the processes and procedures of the Ministry of Home Affairs (MoHA) were very well defined under the Constitution, adding that most of the problems faced with regard to the matter of statelessness boiled down to a lack of proper documentation.

Wan Junaidi, former Deputy Minister of Home Affairs, said there was the issue of inability to produce documentation in respect of births.

He said some people did not officially register their newborn children due to difficulties in getting to a National Registration Department (NRD) branch office.

“If a person lives far away from such an office, normally he/she will not register a birth because he/she thinks that it is not very important. This is especially true in the rural areas,” he said.

Wan Junaidi explained that the rural folk would feel there was no point to travel a long distance to the nearest NRD branch. The trip would be cumbersome, time-consuming and cost a lot of money.

He added that in due time when they wanted to get Identity Cards (ICs) for their children, they would face difficulties as their children’s births were not registered.

The veteran lawyer said that another factor was the parents’ marriages which were not properly registered.

“The authorities would want to know whether the marriages took place or not. We also have customary marriages here which are accepted by the law and recognised by the Constitution but they were registered,” he said.

Wan Junaidi said marriages within the country had to be properly registered with the relevant authority, or with the appropriate embassy if the marriage took place outside the country. He stressed that this applied to all, regardless of race or religion.

“We still have a lot of our people going across the border to get married there but if they do not record their marriages with our embassy in Kalimantan, then the marriages are not known and the children born are stateless,” he said.

There were cases of people adopting other children and these also required proper documentation and proofs.

“It is not that easy; the government cannot do anything to produce all these documents and the government also cannot change the process itself so easily as the law and the Constitution have got to be changed,” he explained.

Wan Junaidi expressed support for an arrangement in which a local ministry could be put in charge of facilitating registrations for the stateless children here.

He said such an arrangement used to exist before the Pakatan Harapan (PH) government took over.

“That process ought to be reintroduced to facilitate registrations because we know the people here better than anybody else and our network is more inclusive,” he said.

He said this local ministry could help the Ministry of Home Affairs with the process as the state had representatives such as District Officers and so on right into the interior regions.

“This is still under the Ministry of Home Affairs and still involves registrations under NRD, but our people here can assist,” said the minister. 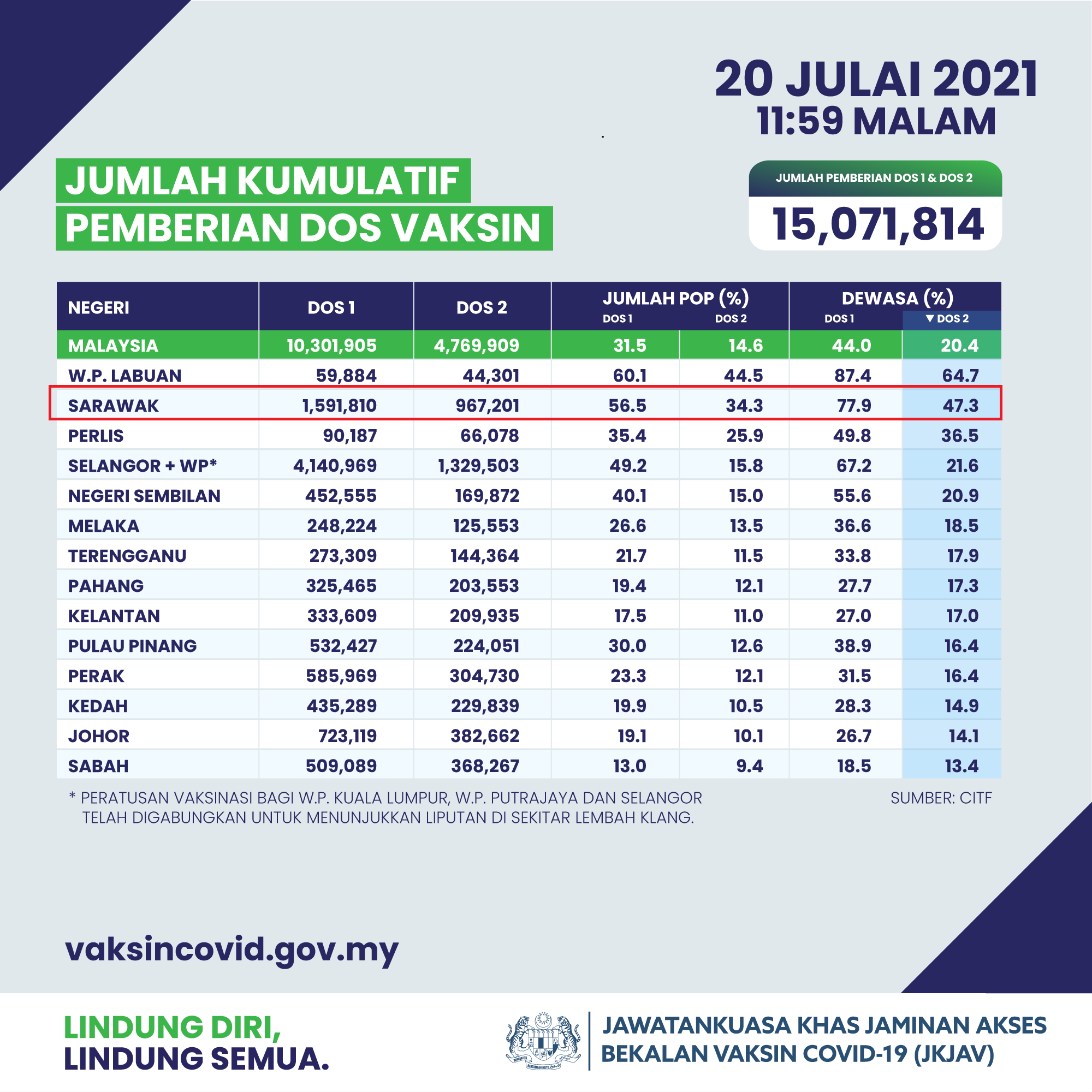 Sarawak among the fastest in vaccine rollout