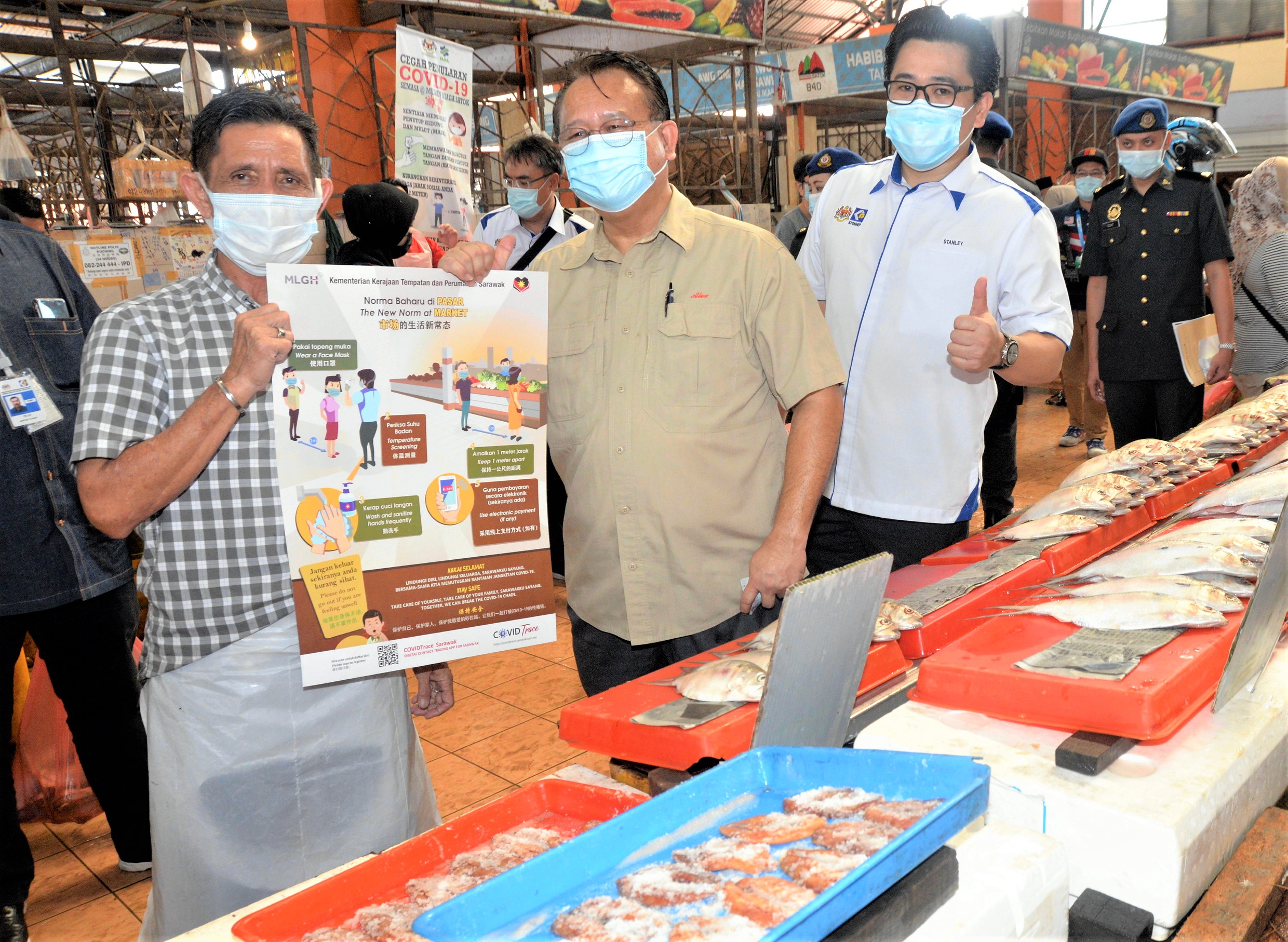 KUCHING: The Ministry of Domestic Trade and Consumer Affairs (KPDNHEP) has a mechanism in determining prices of controlled items as the pricing cannot be standardised throughout the state due to geographical and logistics factors.

Its minister Datuk Alexander Nanta Linggi said the differences in prices of controlled items were necessary to protect the consumers, to ease the burden of traders and to regulate the businesses.

“The ministry has a system which included meticulous investigation on the market before we can come up with the list of controlled items and pricing.

“However in Sarawak, if we standardise the price, it will be unfair,” he said, adding that enforcement officers had to be flexible as long as the food supply can be delivered to rural communities with affordable prices.

He noted that if the prices were standardised statewide, some interior places would not be able to receive the goods as suppliers would not want to bear the losses since the delivery would include logistics costs.

“That is why in Sarawak, the price of a standard chicken in Kuching, Lundu, Bau, Serian, Simunjan, Samarahan, Asajaya, Sibu, Kanowit, Selangau, Miri, Marudi, Bintulu, Tatau, Sebauh, Mukah, Dalat, Matu and Daro is RM8.50 per kg.

“However, in Sarikei, Julau, Pakan and Meradong, the standard chicken is sold at RM9 per kg; while in Sri Aman, Saratok, Betong and Lubok Antu, the price is RM10 per kg; Kapit, Song and Belaga at RM11 per kg, while in Limbang and Lawas it is RM11.90 per kg.

“We have to fix the price of the controlled items in accordance to the conditions of certain locations,” he told a press conference after conducting an inspection at Medan Niaga Satok wet market yesterday.

He said the matter should not be politicised as the ‘unstandardised prices’ system has already existed and implemented when the Barisan Nasional (BN) and Pakatan Harapan (PH) were in power.