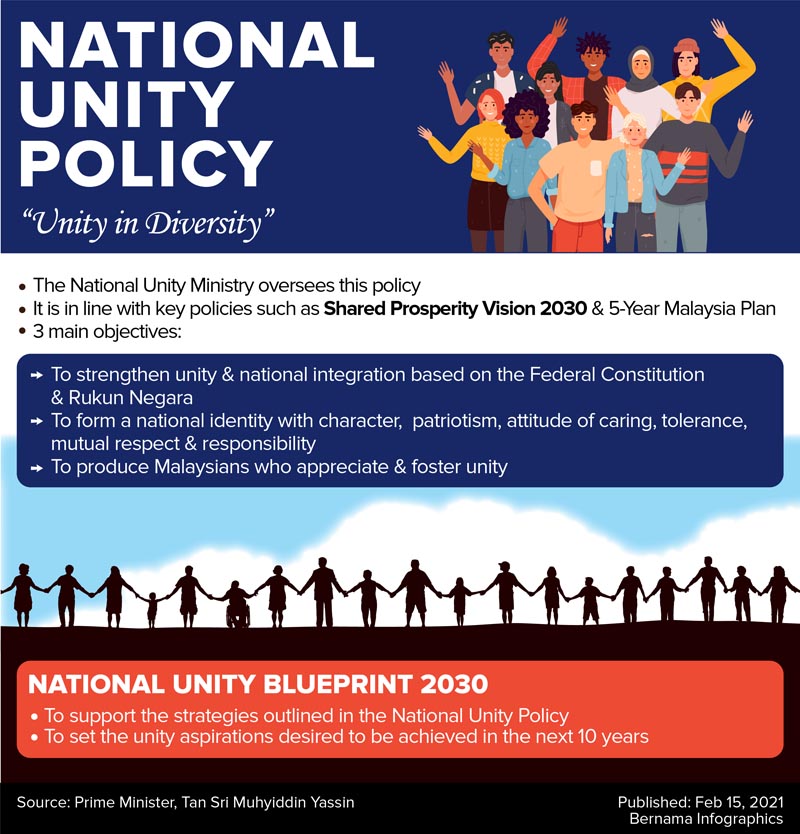 KUCHING: A senior politician has lauded the National Unity Policy that was launched on Monday by Prime Minister Tan Sri Muhyiddin Yassin.

Datuk Dr Abdul Rahman Junaidi hopes that with the policy, the community will be more careful and not arbitrarily provoke racial sentiments especially via social media.

He described Muhyiddin’s plan of forming the National Unity Policy as a noble effort to further strengthen unification among the multiracial society.

“In fact, the government has never marginalised any race and all are encouraged to collectively enjoy current development.

“As Malaysians, we should abide by the Malaysian Constitution and always strive to maintain unity,” he said.

He said if there were any minor issues, people should discuss these together rather than being hostile towards one another.

“This is because unity is the nation’s key asset,” said Abdul Rahman, who is also Assistant Minister in the Chief Minister’s Department (Islamic Affairs and DBKU).

At the same time, he pointed out that Sarawak and its people upheld a high level of unity, to the point of being recognised as a model state for unity.