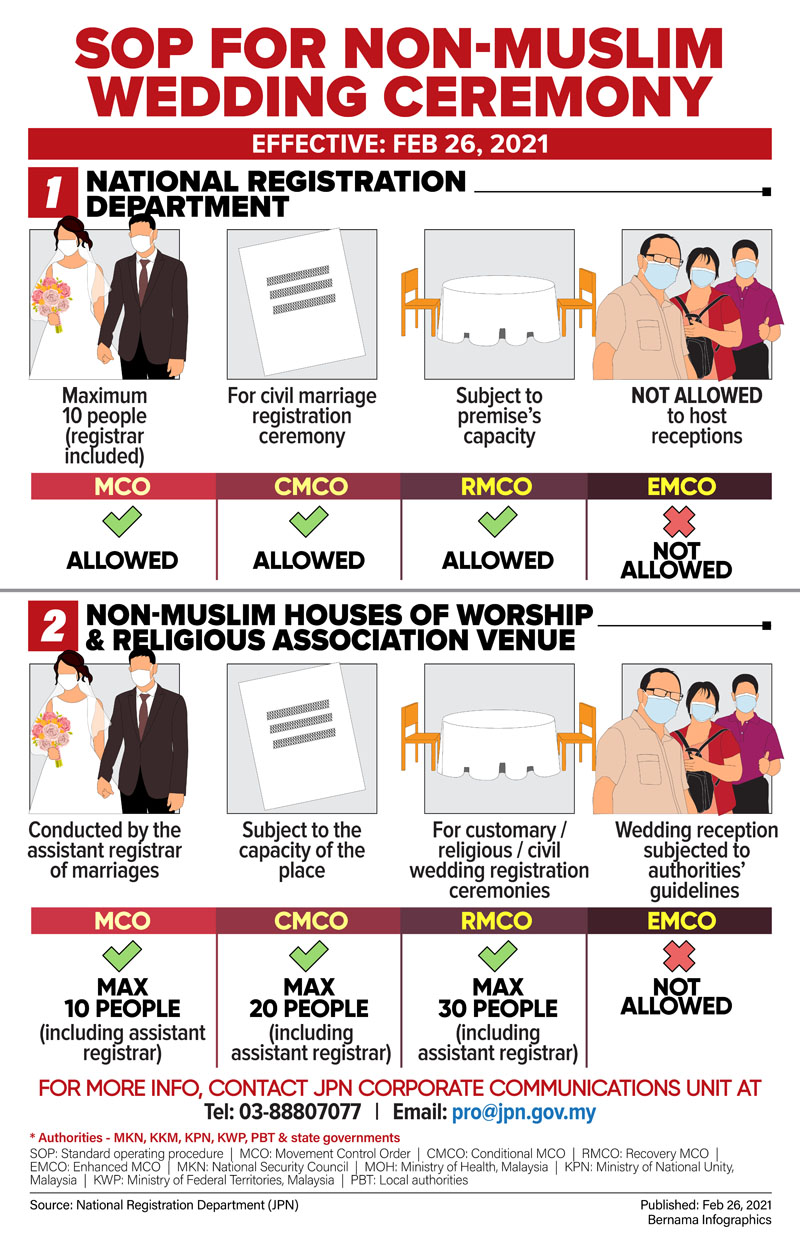 NRD, in a statement yesterday said the decision was made by the government to enable the delayed non-Muslim marriage ceremonies during the MCO 2.0 period to be conducted.

“This decision was made at the Minister of Defence Technical Committee Meeting No 9, chaired by Datuk Seri Ismail Sabri Yaakob.

“However, marriage ceremonies in areas placed under the Enhanced MCO (EMCO) are still not allowed,” it said.

The statement said NRD had also updated and improved the standard operating procedures (SOPs) for non-Muslim marriage ceremonies at the department, places of worship and non-Muslim religious association premises.

As for marriage ceremonies at places of worship and religious association premises, the number of guests should not exceed 10 in MCO areas, a maximum of 20 people in attendance for areas under CMCO and 30 people or less in RMCO areas.

“However, the SOPs are subject to the size of the premises,” the statement said.

NRD also said that no social events are allowed during marriage registrations while gatherings at non-Muslim places of worship and religious association premises are subject to the instructions of the National Security Council (MKN).