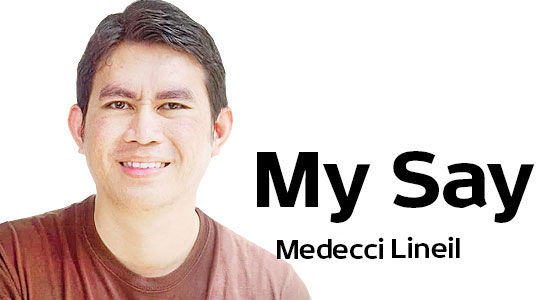 We should both note and celebrate when the political process tells us something that is actually true, which is rare.

So it is with this news report concerning Energy, Technology, Science, Climate Change and Environment Minister Yeo Bee Yin.

“There is a lot of plastic waste; that is why we have put a freeze on it since June this year, because there is too much,” she told The Edge Malaysia financial daily on Oct 17, 2018.

Because we are so blessed by its abundance, the decision to ban the usage of plastics without actually thinking why it is that we produce and use them in the first place is very difficult to understand.

It’s the most deprived in our society that get the most plastics? We have truly solved that economic problem of scarcity in this sector, haven’t we?

Why? Because there’s plenty of oil out there, and we don’t have to try to save plastics just to save oil which won’t be running out in 20 years, 30 years or whatever. That’s what the world tries to tell us, anyway.

This doesn’t quite mean that we should break out the V6 engines to mow the lawn as there are other issues; climate change and emissions or whatever your views, they are not altered by there being sufficient oil around.

There is no need to conserve oil or natural gas, the two main raw ingredients of plastics. This means we don’t have to worry about recycling plastics.

Moreover, the prices of oil and gas have fallen, which means it is just cheaper to just make new bags rather than undertake the laborious process of recycling the old ones. In fact they are so cheap that our recycling rate in Malaysia has become so poor. Great!

” But how? Plastic is too cheap. Too much supply and not enough demand for products made of recycled plastic means low prices for them. In fact, this is so true that our households spend no time to sort and dispose of their wastes accordingly because time is the only truly non-renewable resource that any of us have. Even if they do sort out the wastes, the efforts may be futile. ”

Because we are so blessed by its abundance, the decision to ban the usage of plastics without actually thinking why it is that we produce and use them in the first place is very difficult for us to understand.
Quite obviously, we don’t want to litter our environment with plastics.

This also doesn’t mean that we should just tip them into the oceans to choke whales and sea turtles as the creatures don’t like the rubbish either. Okay, so no  littering with  plastics.

Plastics can be recycled, at some cost. Economic resources cost money. Paper, transport and labour – all of them cost money.

Conversely we could also not use plastics, again at some cost such as charging 20 sen per biodegradable bag just to take shopping home with us?

Again I wonder why we started using plastic bags in the first place. We could burn them once used but there are some who say this should not happen.

” As a labour-intensive activity, recycling is an increasingly expensive way to produce
materials that are less and less valuable. “

So which method of waste management should we use? We could throw them in holes in the ground or toss them into landfills; we could turn them into something that people are willing to pay for; we could burn them, or we could recycle them.

How do we choose between the methods? That’s an economic question. Fortunately, we’ve got market price mechanism to work it out for us.

The cheapest method may not necessarily be the most efficient for doing our waste management, so for the most part recycling has been carried out.

To be sure, recycling is rather costly so there have been calls for the levy or tax to pay the extra cost, to subsidise it, which is the very reason why we shouldn’t be recycling in the first place.

How can government and their environmental movements support a system that can’t even sustain itself when its sole survival depends on continual subsidies, sermons and policing?

As a labour-intensive activity, recycling is an increasingly expensive way to produce materials that are less and less valuable. This is not to say that we shouldn’t be recycling. Sure we should recycle some things but we shouldn’t recycle others.

To an economist, this is easy. Recycle where recycling adds value, not where it doesn’t. Economics teaches us that value and the usefulness of things are what matter, not what we or the ministers think they should value. So things that people desire are not waste.

This is when it makes sense to recycle. If a profit is made from doing it, then the activity adds value to our civilisation.

“The local plastic waste recycling industry, including wastes sourced domestically, is worth RM3.5 billion annually,” the minister herself said.

If the value of what is recycled is greater than the resources necessary to do it then you would be making a profit, wouldn’t you?

This is the very point of our having an economy at all. Of course, if government wants us to recycle more, then it should further subsidise us to do so.

But that actually doesn’t add value and almost certainly should not be done because market prices already signalled us that recycling is not a sensible thing to be doing.

Recycling is more expensive than landfilling and burning. It uses more resources and should stop. That’s all we need to know for now.

Baby dumping — who should take the blame?