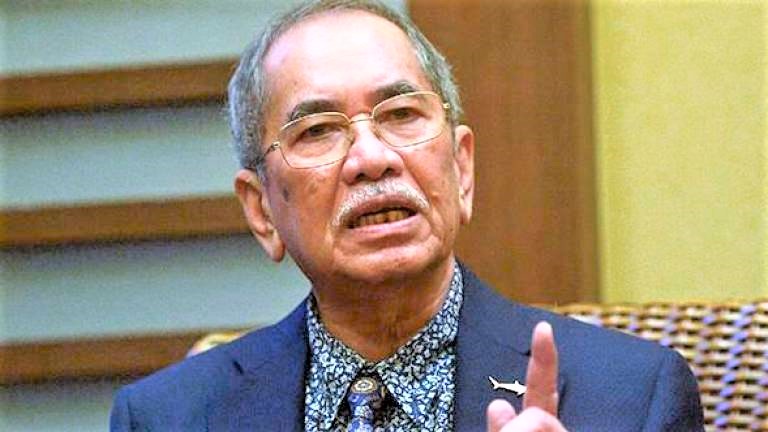 Not the time for political brinkmanship

KUCHING: Santubong Member of Parliament and supreme council member of Parti Pesaka Bumiputera Bersatu (PBB) Datuk Seri Dr Wan Junaidi Tuanku Jaafar has emphasised that this is not the time to play politics.

“The interest of the rakyat demands for government to address the Covid-19 pandemic and the economic problems faced by the country.

While he said it was the party’s ultimate right to decide on what it wished to do, he said that such decision touched on the interest of the people and the rights of others.

“When Umno decided to join PN and support Tan Sri Muhyiddin Yassin to become Prime Minister in March last year, don’t tell me it was just for the purpose of dismantling the Pakatan Harapan (PH) administration. Certainly, then, they realised that the prime minister would not be their puppet at their beck and call,” he said.

He added Umno ought to have realised that Muhyiddin would become a full-fledged Prime Minister and free to decide on what he considered was the best for his Cabinet and his administration.

“Umno’s withdrawal of their support is their democratic right. No doubt about it. But is the decision for the country and rakyat?” asked the Santubong MP.

He questioned what would happen if the government were to collapse for lack of support.

“Constitutionally, the Yang di-Pertuan Agong cannot dismiss a standing Prime Minister except by vote of no confidence or failure of the government to pass the Supply Bill,” said Wan Junaidi.

He said if the Prime Minister lost support of the majority or the government failed to provide salaries to government servants and funds for the upkeep and funding of people’s projects, then the Prime Minister has to step down under Article 43(4) or request to the Yang di-Pertuan Agong for the dissolution of Parliament.

“We do not know which option Muhyiddin is going to choose. If there is dissolution, then election will have to be conducted in 60 days. Ask ourselves what is going to happen after that.”

He said the government must strike a balanced judgment for the good of the people and nation.

He added that Malaysia could not face another prolonged lockdown, as investors would leave, foreign direct investment would stop coming in and small and medium enterprises would collapse.

Hence, he emphasised that the critical issues of the Covid-19 pandemic and the economic problems must be handled first.