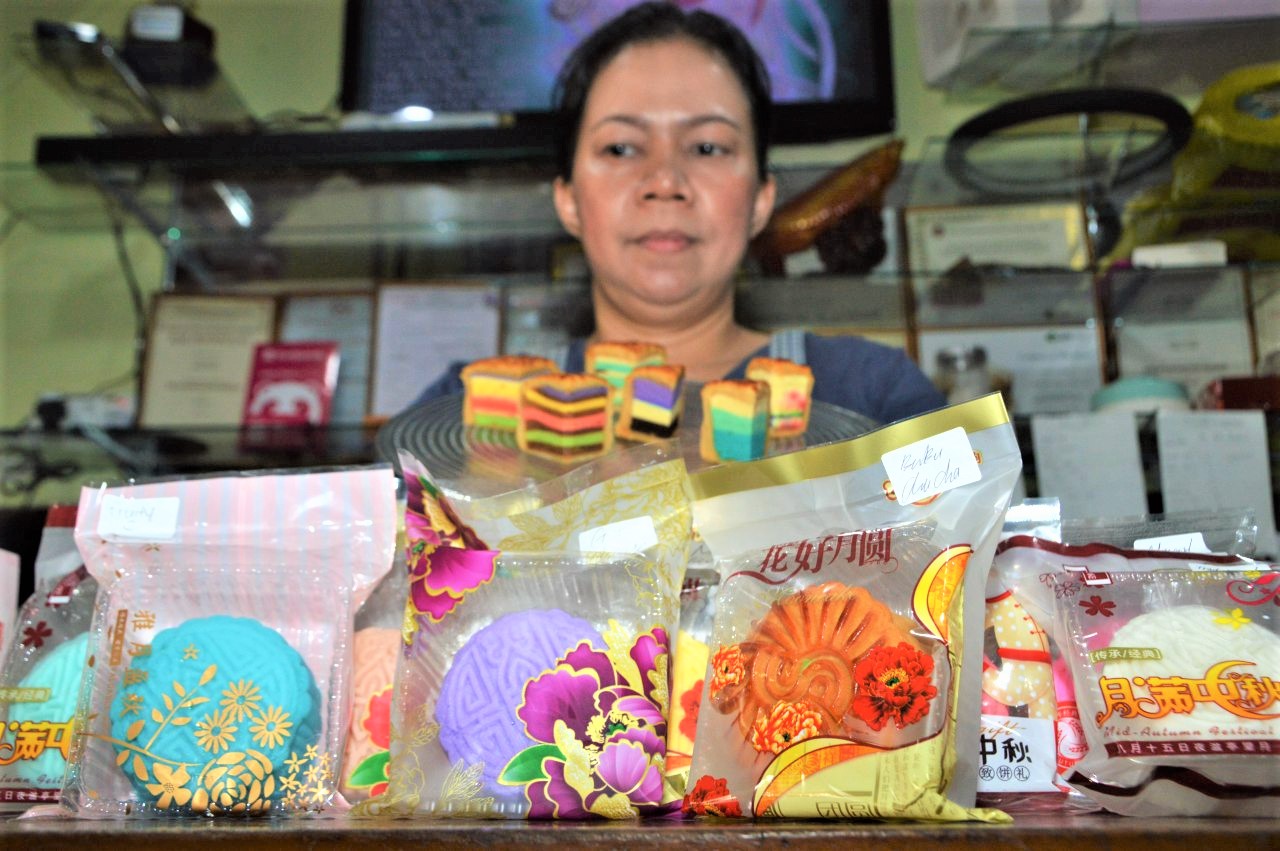 KUCHING: Her desire to display Sarawak’s identity in a Chinese traditional delicacy has led an entrepreneur to produce mooncakes with special layered cake (kek lapis) fillings for the Mid-Autumn Festival.

According to the entrepreneur Maria Ngui Sai Moi, who is in 40s, her snow skin and baked mooncakes have more than 20 flavours.

“I started to create mooncakes with kek lapis fillings in 2014 for personal consumption, but last year, I decided to introduce it to the market for the Mid-Autumn Festival which will be celebrated on Sept 24 this year.

“In addition to the Mid-Autumn Festival, I have received many orders for these mooncakes for birthdays, weddings and other occasions.

“To produce the mooncakes, I will bake the layered cakes first and cut them with a custom-designed round cutter. The layered cakes will then be put inside the snow skin dough. Then the dough is shaped with the mooncake mould,” explained Ngui who had over 20 years of experience in making Kek Lapis Sarawak.

Ngui showing her mooncakes with layered cake fillings at her bakery.

According to her, the most popular mooncakes are Snowskin Ice Cream Cheese and Snowskin Mint Cheese.

Although she will be focusing on producing mooncakes with layered cake fillings, Ngui also continues to bake mooncakes with traditional fillings such as red bean, lotus, red dates, mung bean and pandan mung bean in smaller quantities.

“Foodies living in West Malaysia can still place their orders but only for baked mooncakes,” added Ngui.

Maria Kek Lapis is located at 37, Jalan Main Bazaar. It also has a halal certificate from the Islamic Development Department (Jakim). 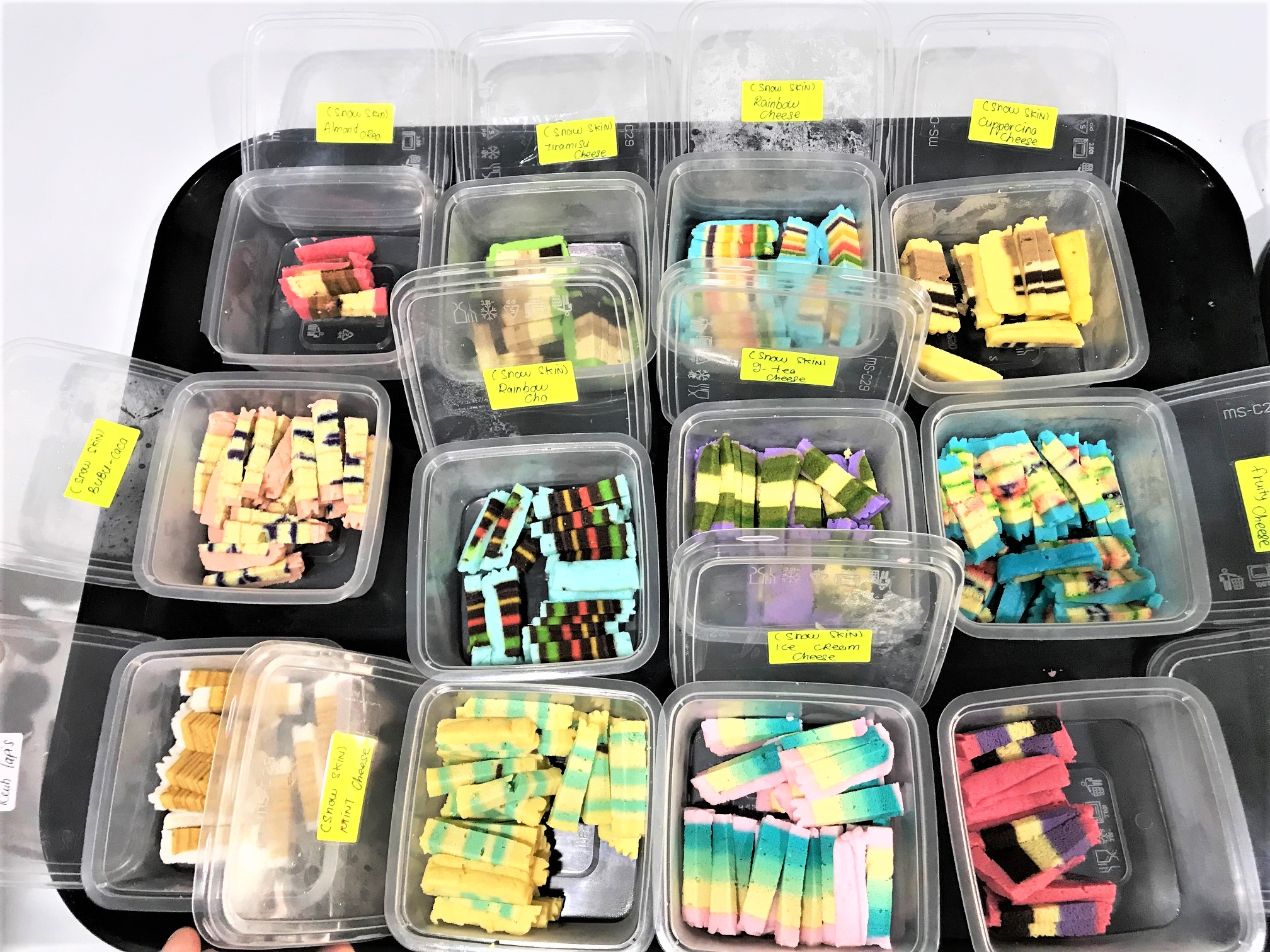