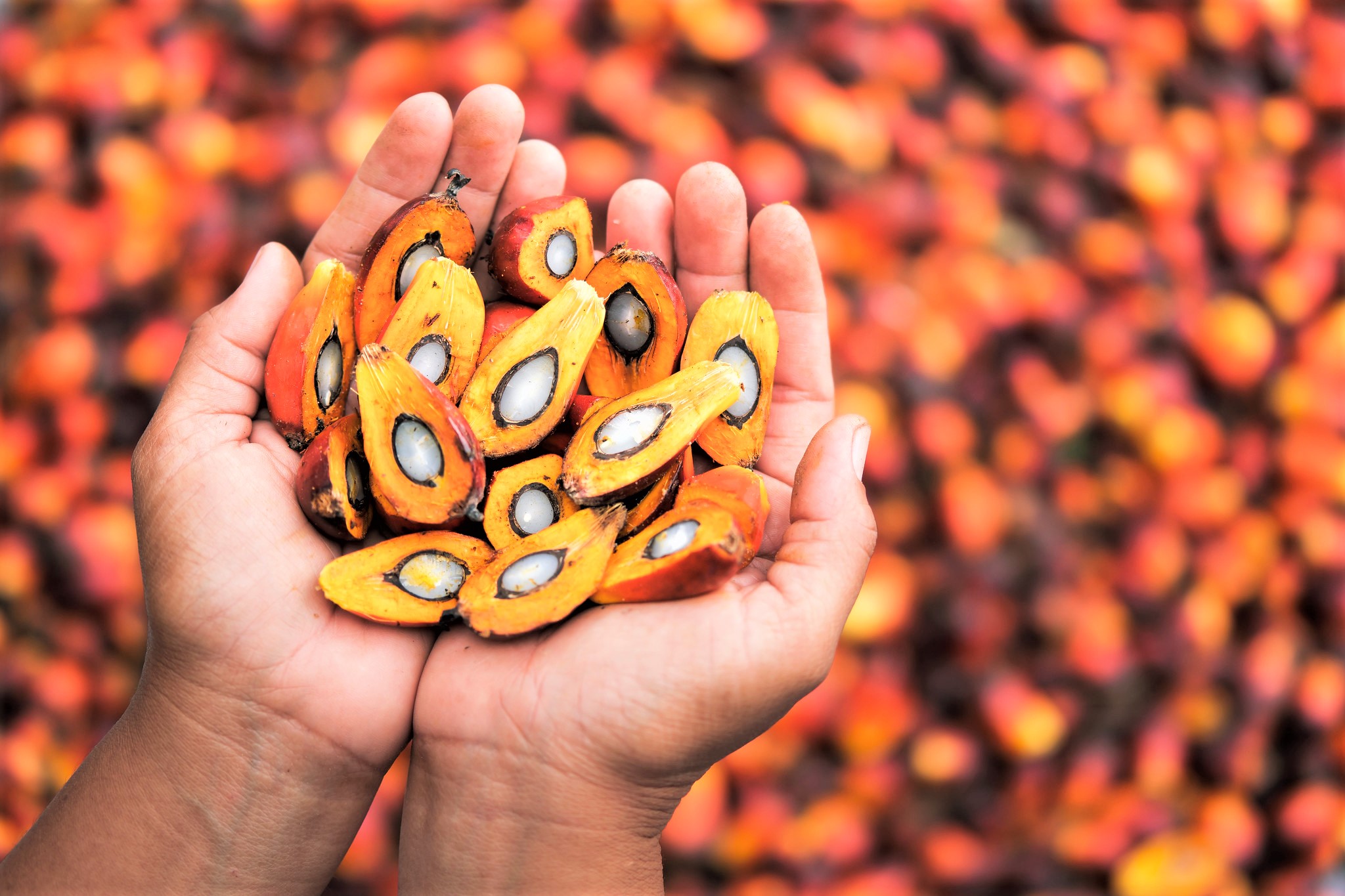 Oil Palm: From ornamental to commercial

Palm oil is one of the world’s most lucrative natural commodity. While the cultivation of oil palm can take years, the harvest, on the other hand, depends on the current climate. Nonetheless, the crop is much needed for our everyday life. It is the miracle ingredient in everything: from food, to personal care and cosmetics, to biofuel and more.

Oil palm is widely perceived as a commodity to get farmers out of poverty. As a country full of natural resources, Malaysia is the world’s second-largest palm oil producer and exporter. Sarawak alone has been producing 20 percent of the country’s 39 percent palm oil production since the 1980s.

According to the Malaysian Palm Oil Council (MPOC), the history of palm oil in Malaysia started in the late 19th century. Originating from West Africa, the oil palm tree grew wild and was later developed into an agricultural crop.

The British introduced the tree as an ornamental plant in the 1870s. In 1917, the first commercial planting took place in Tennamaran Estate in Selangor. “The cultivation of oil palm increased at a fast pace in the early 1960s under the government’s agricultural diversification programme, which was introduced to reduce the country’s economic dependence on rubber and tin,” said MPOC.

In 2018, the size of the planted area for oil palm in Sarawak was approximately 1.57 million hectares, equal to 27 percent of total planted area in Malaysia.

The cultivation of oil palm trees

SMART Research Institute (SMARTRI) director, Dr Jean-Pierre Caliman, said the cultivation of oil palm trees starts with the seeds. “Once the seeds have grown into seedlings, they will be further nurtured in the purpose-built seed nurseries for up to a year.”

With over 38 years of experience in oil palm cultivation, the director for the research and development arm of Sinar Mas Agribusiness and Food continued, “When the seeds grow into plants with around 12-15 green leaves each (this takes around 12-14 months), they will be transferred to the field and planted.”

Generally cultivated as a monoculture, oil palm according to Caliman, has the advantage to grow and produce despite vegetation of wild flora covering the understory. “And this can protect the soil from degradation and creates habitats for fauna.”

In Sinar Mas Agribusiness and Food, Caliman plants the crops at the start of the rainy season. “This means that the plants have time to set up a root system before the dry season arrives. Each of them is carefully placed in a grid, between 135 and 150 trees per hectare.”

As the tree grows, it is carefully fertilised and protected from pests. He disclosed that the farm uses barn owls and other biological approaches to help farmers deal with the challenge in the most natural way. “This is why palm oil is the vegetable oil produced with the lowest amount of pesticides, compared toother vegetable oils,” he added.

A PhD in Soil Sciences holder, Caliman had completed a thesis on soil physical fertility in oil palm plantations, and he disclosed that it actually takes two to four years after planting for oil palm to produce bunches suitable for harvesting.

“It also depends on the climate. It takes around three years for the fruits to develop. And each tree will continue to produce fruits up to its old age. But when the trees become too high (40 feet and above), these fruits will become too difficult to harvest.”

The fruits of the tree grow in dense bunches and will weigh somewhere between 10 to 25 kilogrammes each, containing thousands of individual fruits. “A healthy and productive tree will produce 12 to 14 of these bunches each year depending on the weather condition and its age. Once ripe, the fruit will turn bright red-orange, indicating that it is ready to be harvested.”

To harvest, each fresh fruit bunch must be dislodged using a very long sickle. “The ripest fruits contain the most oil, meaning they are the most prized. Each bunch can contain up to 25 percent to 30 percent of oil, proving why oil palm is the most efficient oilseed crop globally,” Caliman said.

Afterwards, the harvested bunch will be transported into a mill that turns flesh and seed into palm oil and palm kernel oil respectively. “These ingredients will eventually form a core part of many products we see on supermarket shelves for daily use.”

The residues are recycled back into the plantation as organic fertilisers or used in the oil extraction mill as biomass fuel, shared Caliman.