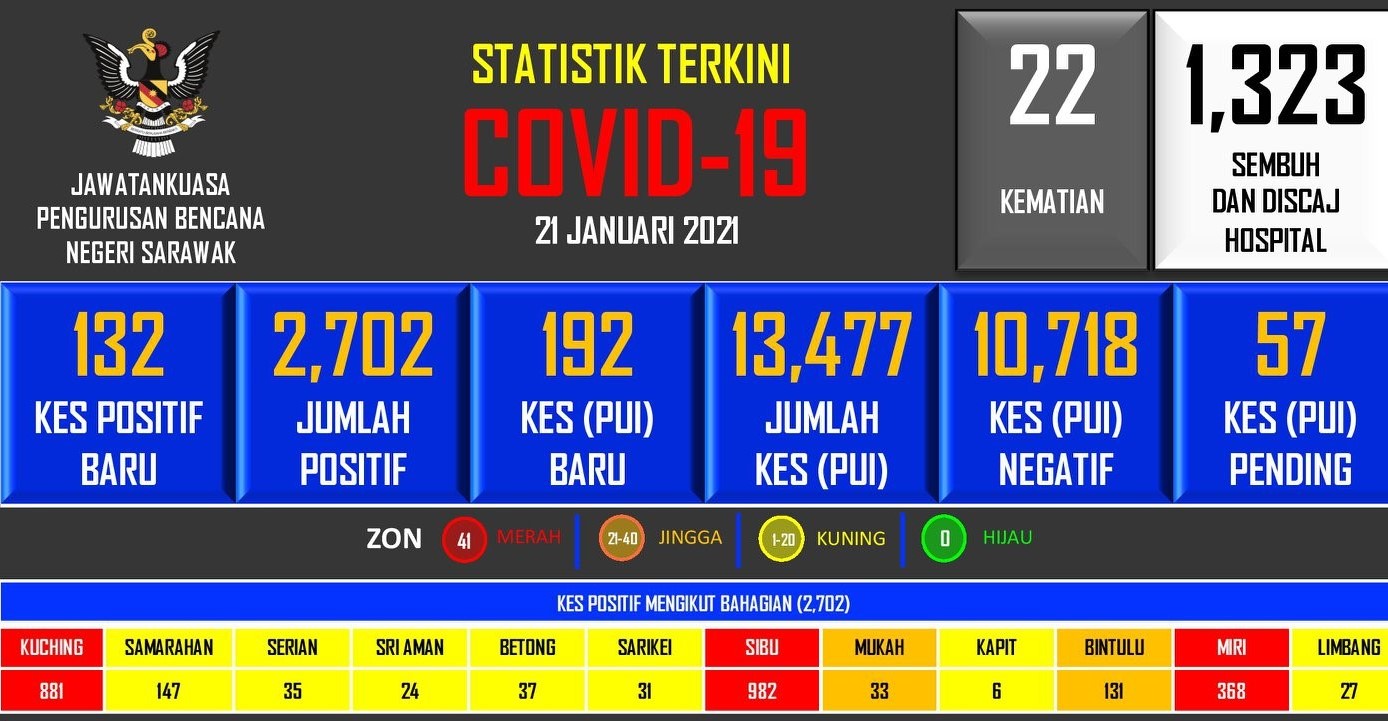 The Sarawak Disaster Management Committee (SDMC) said 62 of these cases were reported in Sibu, Kanowit (46), Bintulu (12), Miri (five), Kuching (three), and one each in Dalat, Lubok Antu, Serian and Selangau.

Of the 62 cases in Sibu District, 35 involved the Pasai Cluster, 19 were other screenings by individuals at health centres in the district, and eight were healthcare workers.

Meanwhile, the 46 cases reported in Kanowit District all involved the Pasai Cluster.

The five cases recorded in Miri District consisted of four cases involving the Pasai Cluster (categorised as Import C cases from Sibu District) and a local individual who had returned from Sabah.

For the three cases in Kuching District, two involved the Rakut Cluster (categorised as Import C cases from Miri District) and one was an individual who underwent self-screening, categorised as a local infection.

SDMC said the single case reported in Lubok Antu District was an individual who had contact with a positive case, categorised as a local infection.

The cases in Dalat and Selangau involved the Pasai Cluster, whereas the single case recorded in Serian District was an individual screened for a second time at the active case detection (ACD) operation at iCom Square, Kuching. The case has been categorised as an Import C case from Kuching.

The committee said 92 cases had recovered and been discharged from hospitals on Thursday – 57 from Sibu Hospital, 30 from Miri Hospital, and five from Sarawak General Hospital (SGH).

“This brings the total number of recovered and discharged cases to 1,323 or 48.96 percent of total Covid-19 cases in Sarawak,” SDMC said.

Three cases in Sibu Hospital and one in SGH required equipment support but are in stable condition.