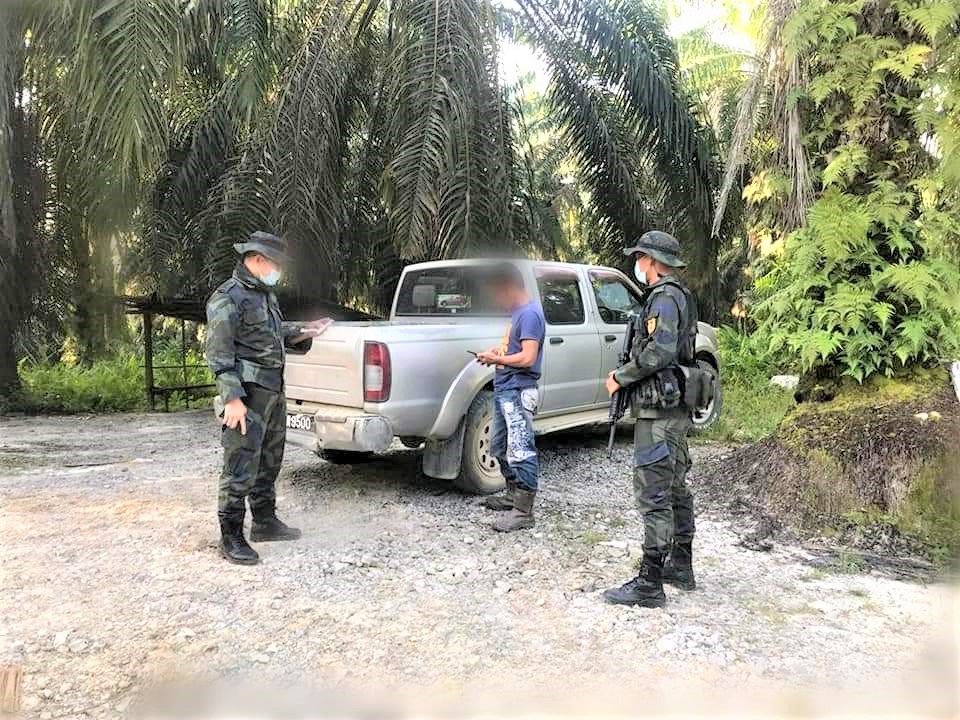 One foreigner arrested, one deported in ‘Ops Benteng’ operations

In a statement, GOF said patrol teams arrested a foreign man for working illegally in the state.

The foreigner was stopped by the team at around 8am, Wednesday in Jalan Salcra Undan Raso 2, Lundu.

“The man worked for a plantation company in the area and became a subcontractor for making and maintaining roads around oil palm plantations.

“The GOF team then asked for a work permit but the suspect failed to present the relevant details and admitted to working illegally in Malaysia.”

The suspect was taken to the Lundu police station for further action.

The second operation took place near the Tebedu CIQS around 6am on Tuesday (Feb 16).

GOF said a man was ordered to head back to Kalimantan after he was detained during a patrol.

“He had on him expired travel documents.

“The suspect was then ordered to return to his country through the Tebedu CIQS.”