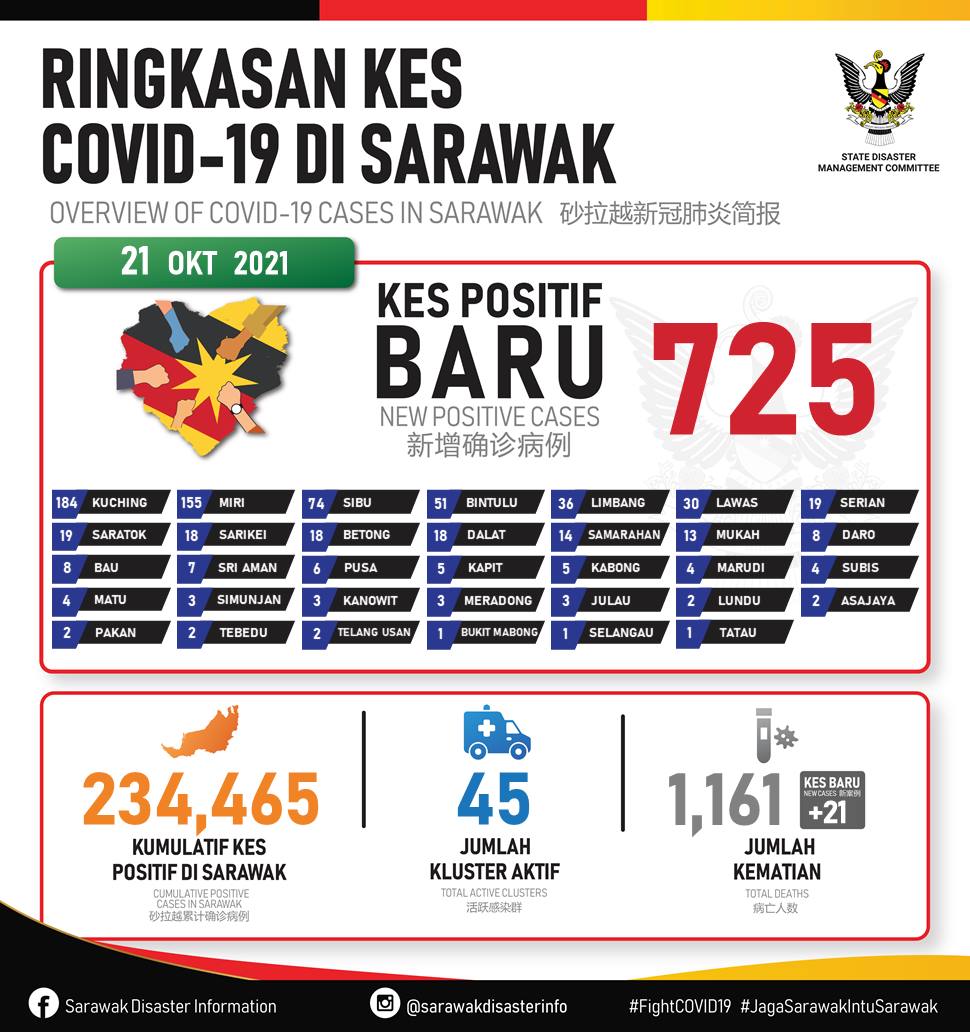 EMCO at three localities in Limbang District has also been extended.

“For both Rh Hellen, Ensurai and Rh Mual, Kampung Ensungai, EMCO will be from Oct 23 to 29, whereas for Rh Intai, Menuang, it is from Oct 24 to 30,” the Sarawak Disaster Management Committee (SDMC) said on Thursday.

SDMC also declared the end of one cluster – the Rh Sing, Karangan Ma Cluster in Limbang, after no new cases were reported in the past 28 days.

Meanwhile, Sarawak recorded 725 Covid-19 cases on Thursday, a decrease of 42 cases from Wednesday’s number of 767.

Eight cases each were reported in Daro and Bau; Sri Aman (seven); Pusa (six); Kapit and Kabong (five each), followed by four cases each in Marudi, Subis and Matu.

This brings the cumulative Covid-19 cases recorded in the state to 234,465 as of Thursday.