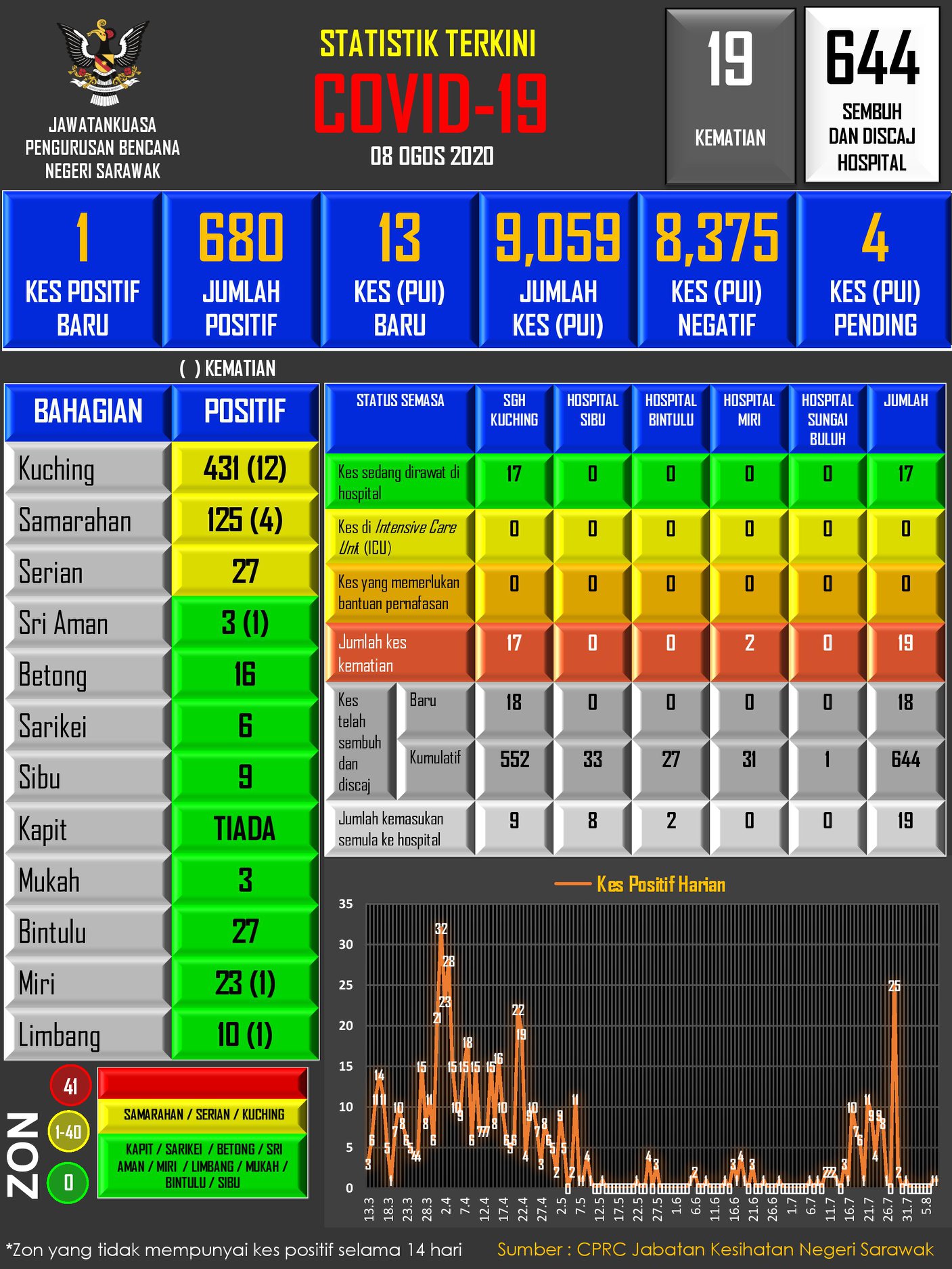 KUCHING: Sarawak recorded one new positive Covid-19 case  yesterday, bringing the total number of positive cases in the state to 680 to date.

Sarawak Disaster Management Committee (SDMC) in a statement said, the new case reported in Kuching was categorised as an imported case.

Upon his arrival at KIA, he was immediately sent to the designated hotel to undergo a 14-day mandatory quarantine. The case entered Sarawak legally to work at a sewing shop in Kuching and showed no symptoms of the virus.

He was screened using the RTK Antigen on July 27 upon his arrival in Kuala Lumpur and the result came back negative. During his quarantine at the hotel, the rT-PCR test was taken on July 28 and result was shown to be negative on July 30.

However, on Aug 5, he underwent the second rT-PCR test on the tenth day and the lab result from Sarawak General Hospital (SGH) on Aug 7 found him to be positive for Covid-19.

He was then admitted to SGH on Aug 7 for further treatment. Contact tracing and further investigation of the case are still being carried out.

SDMC also reported 18 cases had recovered and were discharged from SGH on Saturday. This brings the total number of recovered Covid-19 patients to 644 or 94.71 percent.

Of the new recovered cases, 15 are from Kuching, Serian (two), and Samarahan (one).

Meanwhile, 17 are still receiving treatment at the hospital isolation wards.

To date, 20,226 PUS have completed their quarantine period.