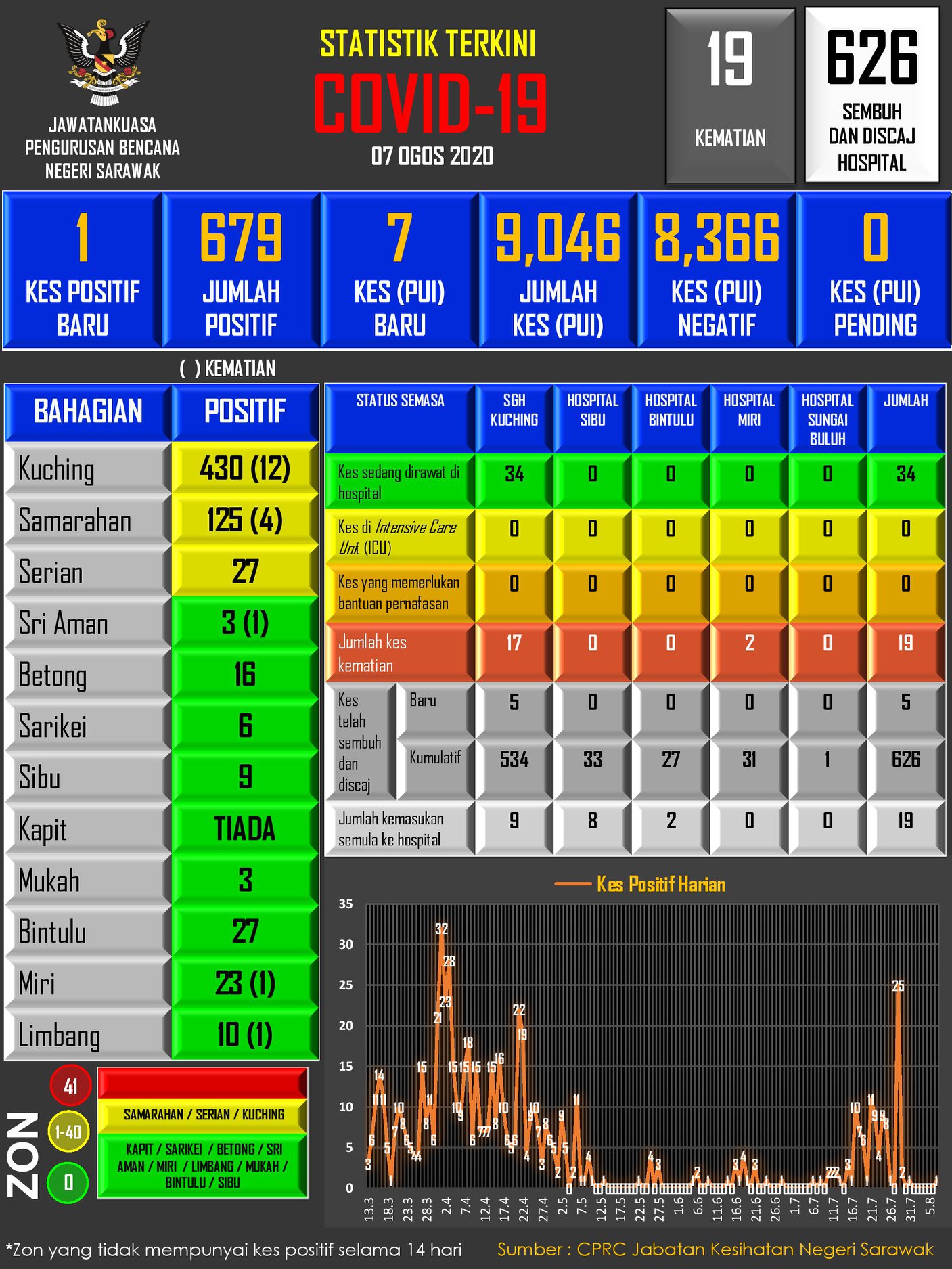 KUCHING: Sarawak recorded one new positive Covid-19 case yesterday, bringing the total number of positive cases in the state to 679 to date.

Sarawak Disaster Management Committee (SDMC) in a statement said, the new case reported in Kuching was categorised as an imported case.

The case involved a local male who is a student in Dar Al-Mustafa, Yemen. He returned from Cairo, Egypt to Kuala Lumpur on Aug 1 by boarding Egypt Air.

He stopped at Kuala Lumpur International Airport (KLIA) and returned to Sarawak on Aug 2 and was immediately sent to a hotel for a 14-day mandatory quarantine. He had shown no signs and symptoms of the virus.

On Aug 2, he underwent screening using the RTK Antigen in Kuala Lumpur and the result was negative. The rT-PCR test was then taken on Aug 3 and the result from the Sungai Buloh National Public Health Laboratory came back positive on Aug 6 and he was admitted to the hospital on the same day.

Contact tracing and further investigation of the case are still being carried out.

There were seven cases of person-under-investigation (PUI) and

146 cases of person-under surveillance (PUS) who have been checked into designated hotels to undergo quarantine, bringing the total number of PUS at 17 hotels to 1,394.

To date, 20,039 PUS have completed their quarantine period.