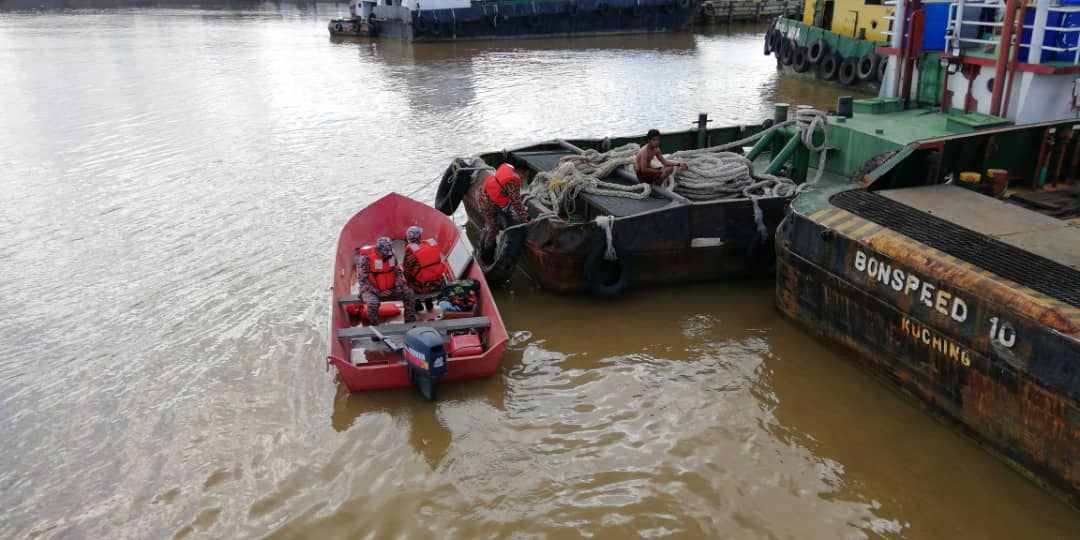 THE SAR team at the location where the victim (Azad) had allegedly fallen from the vessel.

MIRI: The search and rescue (SAR) team of Lopeng Fire Station yesterday continued its search for a tugboat crew that went missing after falling from the vessel last Sunday (October 14) night.

The vessel was said to have berthed at Kuala Baram old jetty when the incident happened.

The missing crew has been identified as Azad, 25, an Indian National.

After receiving report of the disappearance of Azad on October 16 (Tuesday) morning, a SAR mission was immediately mounted.

According to Azad’s colleagues, they only realised his disappearance the day after he fell off (October 15).

It was believed that Azad might have fallen from the vessel on Sunday night between 8pm to 9pm after a drinking and eating session with other crew members.

As at press time yesterday, the SAR was still in the midst of covering a 2-kilometre radius of search area.