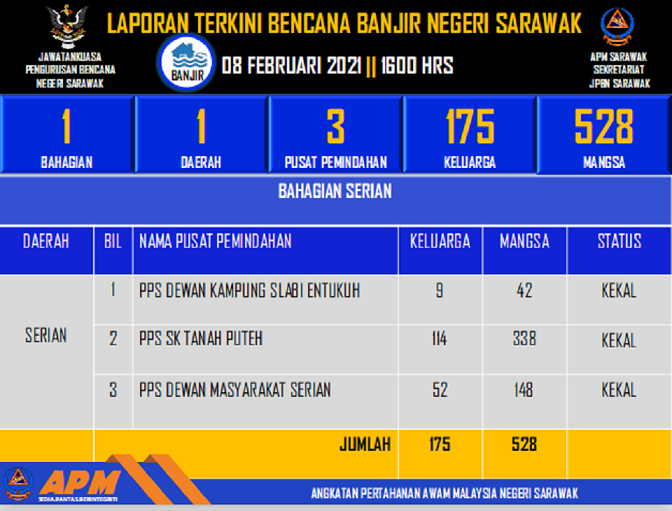 Following this, only three temporary flood evacuation centres in Serian are open as six have been closed.

The Sarawak Disaster Management Committee (SDMC) said there were only 528 victims from 175 families seeking refuge at three centres as of 4pm.

Meanwhile, police arrested five locals in Sibu Jaya for participating in cockfighting and all were found violating movement control order standard operating procedures. One of them also violated the home quarantine order.

Twenty-three compounds were issued to errant individuals in Kapit (nine), Padawan and Miri (five each), and Kota Samarahan (four).

Apart from that, the Ministry of Local Government issued 65 verbal, written, and seizure warnings in areas under the supervision of various local councils.