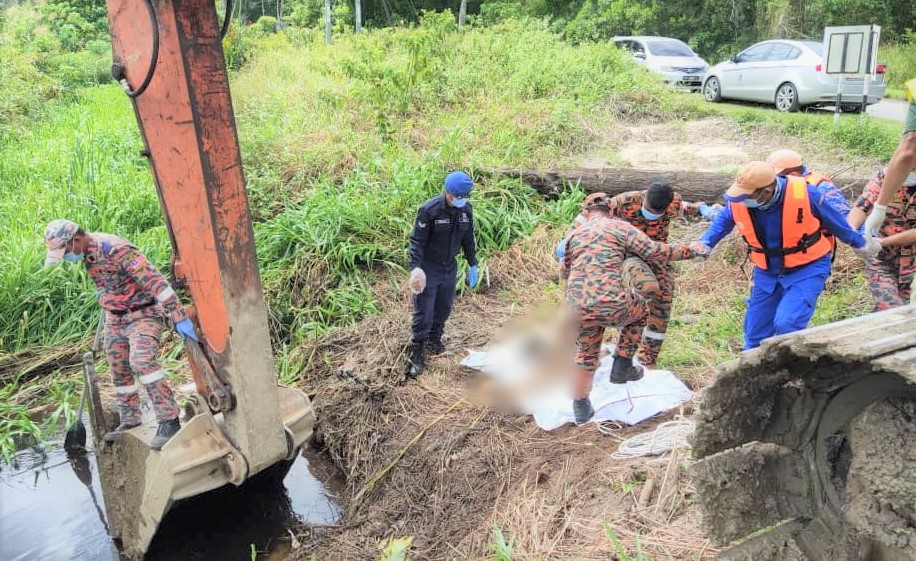 MIRI: The body of an Indonesian man, believed to be attacked by a crocodile, was discovered by a shipping company employee in a large ditch at Jalan Perlis, Kuala Baram today.

According to the Fire and Rescue Department (Bomba) operations centre, the victim identified as Muhammad Syopyan Nasution, 24, was found around 9.15am.

It was reported that only the upper body (from head to chest) was found and was identified by family members.

The victim was believed to have been attacked by a crocodile on Tuesday around 9pm but the incident was only reported to the police on Friday.

The victim’s friend, Badriansyah, was at the scene when the crocodile attacked.

Prior to the incident, the victim and his friend had planned to go to a supermarket in Tudan via a water pipeline from the factory.