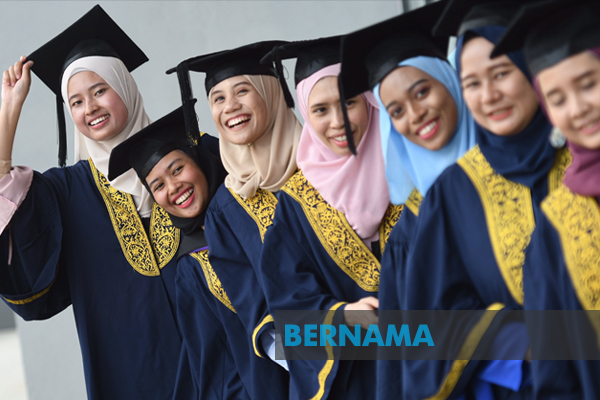 By Ali Imran Mohd Noordin
KUALA LUMPUR: Every cloud has a silver lining, so goes a popular saying.

Despite the crippling challenges faced by mainstream newspapers today, things may not be all that bleak for media practitioners, according to experts.

They believe that mass communication graduates now have more options to chart out their career paths in the media industry.

However, being an industry that has been evolving for the past 414 years, today’s journalists have to acquire the necessary skill sets to survive in the digital age.

Lecturer Dr Syed Agil Syed Alsagoff from the Faculty of Modern Languages and Communication, Universiti Putra Malaysia (UPM), said the job market for journalism graduates has reduced by 20 to 30 per cent over the past five years as a result of the belt-tightening measures taken by print media companies to trim their operational costs.

According to Yugeetha Balan, head of Programme, Broadcast Journalism at the Faculty of Computing and Creative Technology, Geomatika University College, the decline of the print industry is “old news” and that it was something that has been debated worldwide since the 1950s with the arrival of television.

The power of the Internet has liberated this nation’s news media landscape as it allows companies, communities as well as individuals to operate their own news platforms.

This led to traditional news media having to compete with online news portals and channels. Not only was the new playing field foreign to them, but their fresh competitors also have the advantage of working with a cheaper operational model.

While media organisations such as Bernama, New Straits Times, Berita Harian, and Utusan Malaysia, which wound up its operations recently, incur high operational costs to get the news, most portals use the “cut and paste” (sometimes with a little tweaking for clickbait purposes) approach to feed their platforms and attract traffic, and generate an income from advertisements.

On a more positive note, Prof Dr Azizul Halim Yahya, Dean of the Faculty of Communication and Media Studies at Mara University of Technology, said while the closure, restructuring and resizing of major media houses have reduced the employability of mass communication graduates, new doors have opened elsewhere.

“Overall, we can see an increase in employability for the graduates but in a different form because today there are so many online news portals and they need our students,” he said.

Azizul Halim said online news platforms would always require manpower trained in news writing skills and equipped with the ability to articulate well so that they can produce stories that appeal to their readers.

“Whatever people say about the changing patterns in the journalism landscape as well as the technology related to it, I always believe that journalism has a bright future because the public will always source for news.

“Previously, journalism was related to mass media such as newspapers, television and magazines but now the way news is being disseminated has changed drastically. So if we want to talk about the future of journalism, I would say ‘yes’, it will still be there but the way the work is done will change,” he said.

On how students of journalism are currently being trained, the mass communication academics interviewed by Bernama said their respective institutions have taken the necessary steps to ensure that their syllabi meet the industry requirements.

Head of the Journalism Department at Universiti Tunku Abdul Rahman Edwin Michael N. Muniandy said while the employability rate for journalism graduates has not changed much, the job requirements have altered dramatically.

“This way, they can be trained to use the Internet as their main tool to practice journalism, generate news via portals and digital platforms and produce more news and magazine reporting videos using Internet applications,” he said.

Commenting on independent news platforms, Azizul Halim said being aware of the new trends in news reporting, his faculty encourages its journalism students to apply self-regulation and also to enhance their understanding of ethical media practices and work culture.

“In our courses, we’ve included elements of citizen and mobile journalism, as well as the necessary ethics to prepare our students to venture into new areas of journalism.

“So when they decide to become a freelancer or have their own blog, they have already been embedded with values such as trustworthiness, honesty, integrity and the need to check and recheck the facts with their sources prior to producing the news,” he said, adding that some of their students have now become citizen journalists.

Yugheeta, meanwhile, added that the global financial crisis has also reshaped the media industry and that journalism training needs to reflect a shift from mainstream journalism to freelancing and entrepreneurial journalism. – Bernama