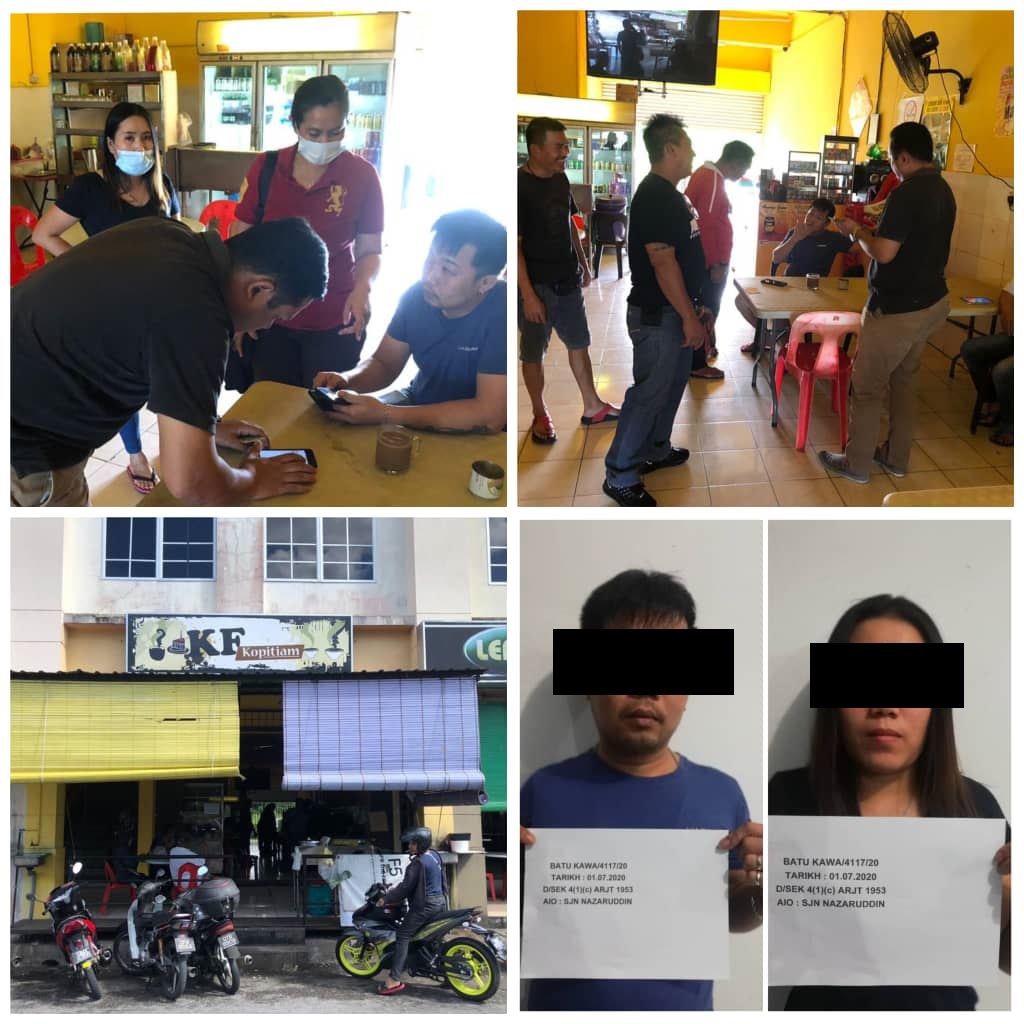 The first suspect arrested was a 19-year-old female who was arrested at a shoplot in commercial centre at Jalan Matang, around 2.20pm.

“A handphone, RM90 cash and a piece of paper with written passwords for the online gambling ventures were also seized from her.

“She also admitted involvement in transactions for online gambling activities,” he said in a statement.

During the second raid conducted at Jalan Belatok, Taman Malihah around 3.30pm, two suspects — a 33-year-old male and a 27-year-old female —were arrested. Both were believed to be Indonesian nationals.

A handphone, cash totalling RM186 and a piece of paper with written passwords for online gambling were seized from the two suspects.

All three suspects and seized items were handed over to the investigation officers for further action.