KUCHING: More than 3,000 samples were taken from Kampung Tambirat, Asajaya during an active case detection (ACD) in the area after it was placed under the enhanced movement control order (Emco).

Kota Samarahan MP Rubiah Wang said the ACD was carried out for three days, and out of 3,381 samples, 20 were positive for Covid-19.

She also expressed her gratitude for the lifting of the Emco in the area ahead of schedule.

“Thankfully, the Emco in Kampung Tambirat ended after only 20 cases were reported during the ACD for three days involving over 3,000 residents.

“However, there are some residents who are still under quarantine in their homes for having close contacts to positive cases, and food supply will be distributed to them,” she said on Tuesday (June 15).

Rubiah also thanked all the front-line staff involved for ensuring a smooth implementation of the Emco in the locality.

At the same time, she said the inter-district roadblock involving the boundaries of Samarahan and Asajaya will remain.

“This is to limit inter-district travel due to the active spread of Covid-19 cases in Samarahan,” she said.

Earlier, Rubiah through her representative, presented donations to the frontliners involved in the Emco in Kampung Tambirat.

On Tuesday, State Disaster Management Committee (SDMC) announced the end of the Emco in the village. 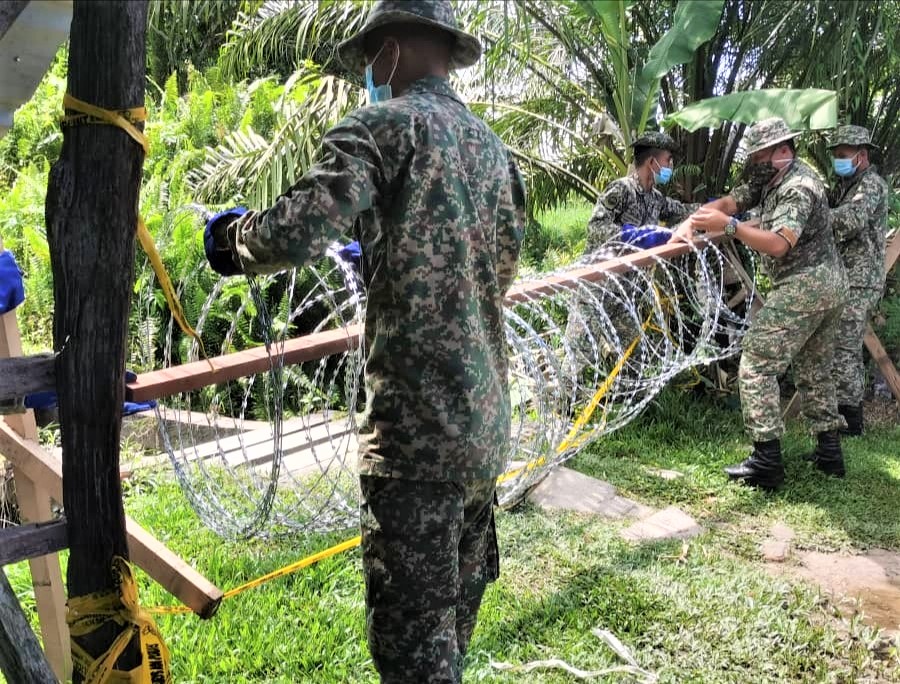