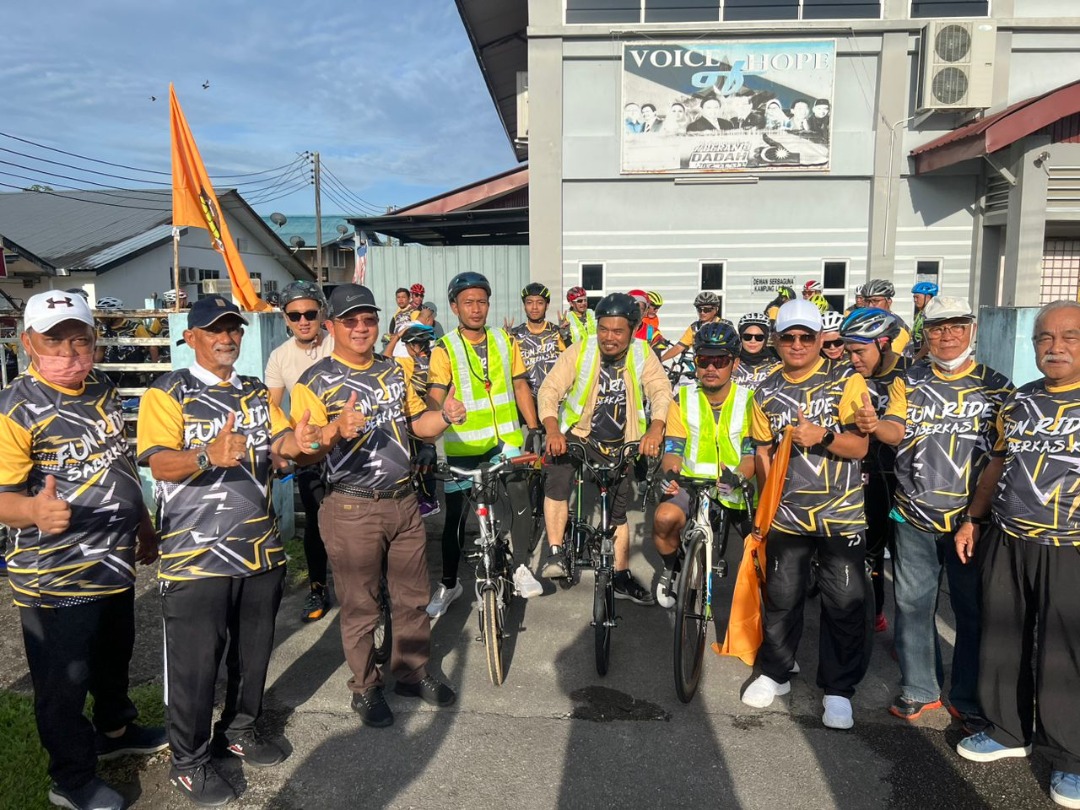 Woman injured, 6 made homeless in fire

KUCHING: The first week of the SABERKAS Samariang Sports Carnival (KASUS) 2022 was successfully held with the overwhelming response from the participants.

The said carnival which was held at multipurpose hall Kampung Lintang today started as early as 7am with some briefings and light exercises before the start of the 13 km Fun Ride programme.

“This cycling programme is one of the additional programmes of KASUS which was organised by SABERKAS.

“It is organised through the synergy between the units in the entire Samariang SABERKAS Branch to further strengthen unity and social integration,” he said after the flagging off today.

The cyclists had rode to Kampung Semerah Padi Takraw Stadium for the following programme which is the Symbolic Opening of the KASUS Takraw Soccer Challenge.

At the same location, a corporate social responsibility (CSR) programme of SABERKAS PRIHATIN was organised where Safiee had handed over cash donations to the fire victims in the area.